Bitcoin and the crypto market have had a positive weekend, with the benchmark cryptocurrency being able to climb slightly higher while large altcoins like Ethereum begin rallying.

This has created a tailwind that has lifted smaller altcoins significantly higher, with some clocking parabolic gains throughout the past few days.

Analysts are noting that this bullishness may persist in the near-term, as Bitcoin’s recent pullback only caused it to break below a trend-defining level for a brief period. It has since been reclaimed by bulls.

The latest push higher also allowed BTC to break above one technical level that had been suppressing its price action. Analysts are now anticipating it to see further upside in the near-term.

At the time of writing, Bitcoin is trading up just over 1% at its current price of $11,615, marking a massive upswing from its weekly lows of $11,100 that were set just a few days ago.

The cryptocurrency’s strong response to this dip shows that bulls still have control over the crypto’s mid-term trend.

This is further elucidated by BTC’s ability to break back above its 200-day moving average following a brief dip below it.

“BTC back above 20DMA, post what looks like correction in a very bullish trend,” one analyst explained.

Bitcoin’s push past $11,600 today also allowed it to shatter a key trendline that was previously suppressing its growth.

One analyst pointed to this breakout in a recent tweet, highlighting the strength this descending trendline has expressed since BTC peaked at $12,400 a few weeks ago. 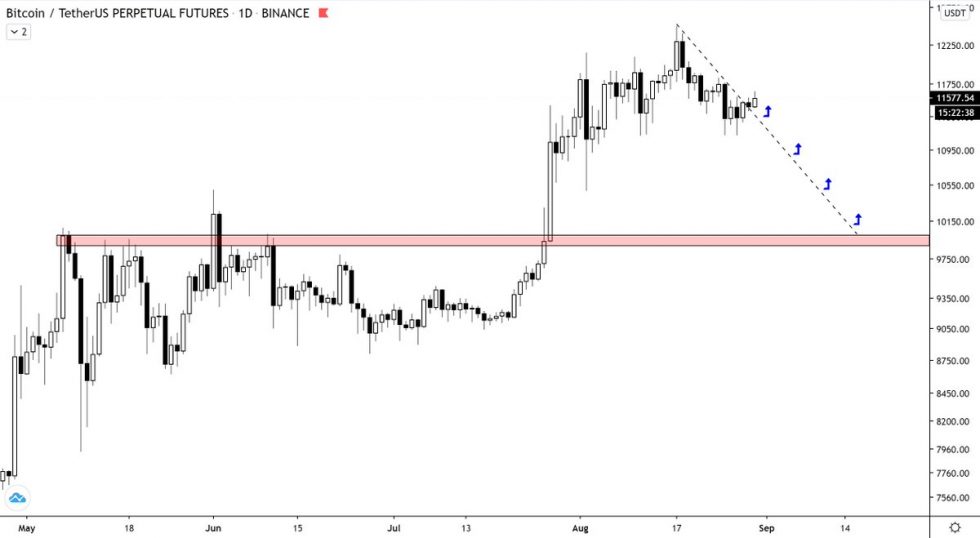 How Bitcoin trends in the coming few days should offer significant insight into its near-term trend.

MoneyGram Received $15.1 Million in XRP Incentives From Ripple in Q2 2020

MoneyGram Received $15.1 Million in XRP Incentives From Ripple in Q2 2020