Disclaimer: The opinion expressed here is not investment advice – it is provided for informational purposes only. It does not necessarily reflect the opinion of CryptoComes. Every investment and all trading involves risk, so you should always perform your own research prior to making decisions. We do not recommend investing money you cannot afford to lose.

The last day of the week, the cryptocurrency market is facing neither bullish nor bearish tendencies. The sideways trend is dominating the market at the moment, while Binance Coin (BNB) is the top gainer—rising by 3% over the last day. 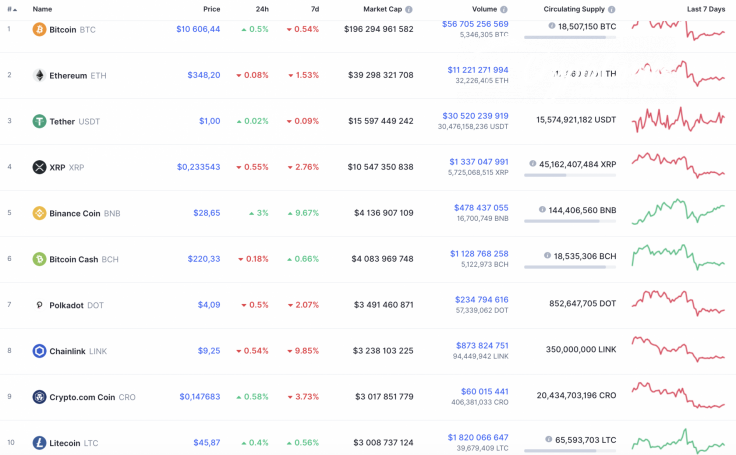 The key statistics on Bitcoin (BTC), Ethereum (ETH) and XRP for today:

The rate of Bitcoin (BTC) is almost unchanged over the last seven days. The price change has made up only -0.54%. 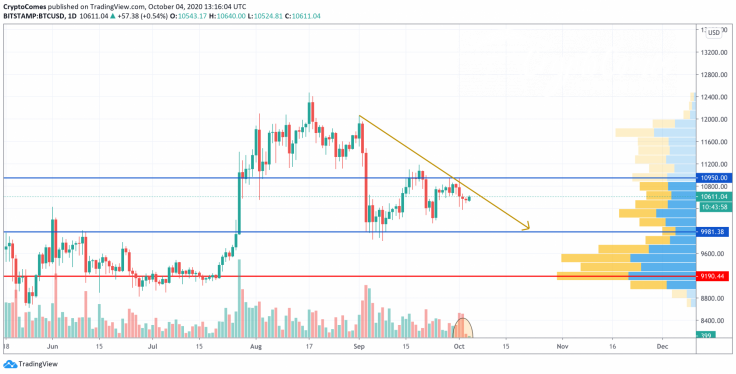 On the daily chart, Bitcoin (BTC) is trying to grow, however, the selling volume remains high. This means that the ongoing short-term rise is about to finish soon. 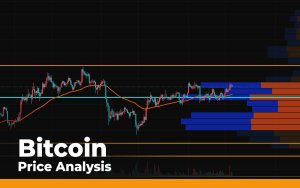 Thus, the chief coin has made a false breakout of the $10,950 resistance that confirms a high possibility of a drop from the current levels. All in all, in the upcoming week, Bitcoin (BTC) may touch the $9,900 mark.

Ethereum (ETH) has been more volatile over the previous seven days than the leading crypto. The main altcoin has gone down by 1.53% over the last week. 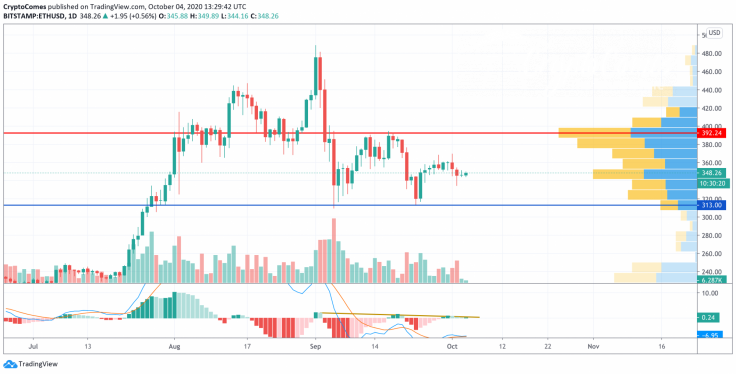 Ethereum (ETH) is also facing a bearish scenario on the daily time frame, which is confirmed by the hidden divergence on the MACD indicator. The falling option is more relevant because the trading volume is located at minimum levels. Bulls may show resistance only when they get to the support level at $313.

XRP is the most volatile coin over the last week from our list. The drop has accounted for 2.76%, while the price change since yesterday has constituted -0.55%. 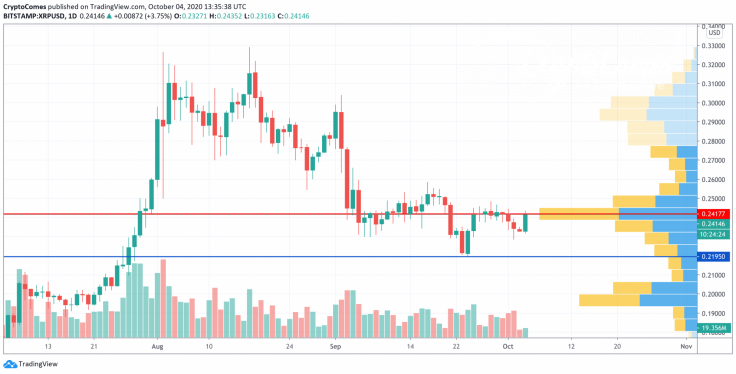 From the technical point of view, XRP has also not gained enough power for a price blast. Even though liquidity is at a relatively high level, the volume is low, which prevents the coin from continued growth. In this case, a decline to $0.2195 is the most likely scenario for the next several days.

With more than 5 years of trading, Denys has a deep knowledge of both technical and fundamental market analysis. Mainly, he has started his blog on TradingView where publishes all relevant information and makes predictions about top coins.

Thus, his experience is backed up by working in top blockchain related companies such as W12, Platinum Listing & ICO Advisory, ATB Coin, and others, can be contacted at denys.serhiichuk@cryptocomes.com

The Web Wasn’t Built For Privacy – But It Could Be

Dogecoin was down by as much as 10% to start the week, as the token retreated from Sunday’s high. The...

Disclaimer: The opinion expressed here is not investment advice – it is provided for informational purposes only. It does not...

XRP Falls 8%, Here’s Why the Crypto is Crashing Today

XRP is on a slippery slope as it plunged 8% on Monday. The 7th biggest crypto in terms of market...

Millions of XRP Suddenly Moved to Bitstamp, Here’s What Happened

Despite the cryptocurrency bear market, there were some flashes of hope for the major coins. Traders had high expectations with...

The Web Wasn’t Built For Privacy – But It Could Be