Chainlink (LINK) price crashes by 14%: End of the hype?


There has hardly been a day in the past weeks on which Chainlink (LINK) has not drawn attention to itself with its massive price gains. After a seemingly never-ending pump that made Chainlink (LINK) the fifth largest cryptocurrency by market capitalization, the price has experienced a severe blow. Within the last 24 hours, the LINK price has fallen by 14%. At the time of writing, LINK was trading at USD 16.40.

End of the Chainlink (LINK) hype? Possible reasons for the crash

Although even renowned analysts such as Josh Rager have stated in recent days that Chainlink will continue its bull run and even overtake Tether (USDT) and Ripple (XRP) from their places in the ranking by market capitalization, things have turned out differently than expected. A central reason seems to come from the Chainlink team itself.

In the past few days rumours have been circulating that the developers of Chainlink have sold LINK worth around 40 million USD this month. As Trustnodes found out, this is said to have happened in a much less transparent way than Ripple does with its XRP.

According to the analysis, the developers “moved 500,000 LINKs a week, with some going to Binance, while others went Over the Counter (OTC) and then to Binance”. As the news outlet further explains, the Chainlink developers are said to have fragmented the transactions to cover their tracks. No official statement from the Chainlink team has yet been issued.

Besides this rumor which could depress the LINK price, on-chain data also shows that it could be “normal” market movement. Traders may try to realize their gains after the massive gains of the past few weeks. Via Twitter, analyst Ali Martinez backed this thesis. As he explained, numerous LINK whales are currently leaving the network:

@santimentfeed’s holder distribution chart shows that the # of addresses holding 100K to 10M $LINK is on a steady decline Since August 8. Roughly 64 whales have left the network.

Meanwhile, Josh Rager was unimpressed by the significant price slump of Chainlink. According to the analyst, a setback was to be expected, whereby he assumes that the “LINK Marines” will quickly buy the dip and that LINK will soon rise again towards $20:

$LINK pullback here. If you bought in early or holding long term then you have nothing to worry about Marines currently buying the dip from $16.64.

LINK has been so bullish, pullbacks expected but I expect to see this back above $20 sooner rather than later. 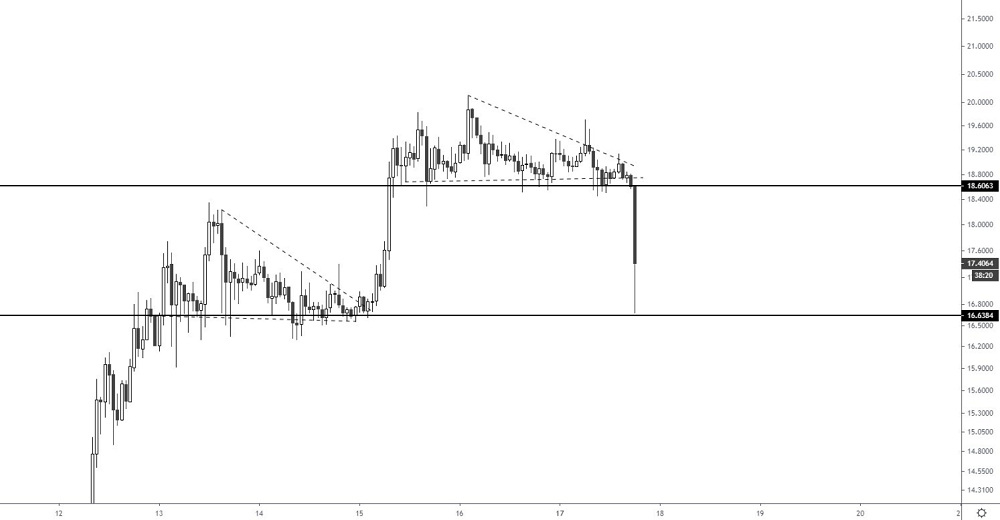