Over the last 30 days, Ripple (XRP) has been one of the best performing cryptocurrencies within the top 10 by market capitalization. With a price increase of around 58% during this period, XRP only has to admit defeat to Chainlink (+116%) and Ethereum (+82%). Within the last 24 hours, the XRP price has even been the biggest gainer in the top 10 with 4.8%. At the time of writing, XRP was trading at USD 0.3159.

This trend may continue in the coming days and weeks, as some technical analysts have now noted. XRP has formed a solid support at the USD 0.2750 level and has broken the 100-week Simple Moving Average (SMA) for the first time since November 2018. It is also noteworthy that the trading volume in recent weeks has been significantly higher than that recorded by XRP during the 2017 bull run, when the XRP price rose to as high as $3.32. 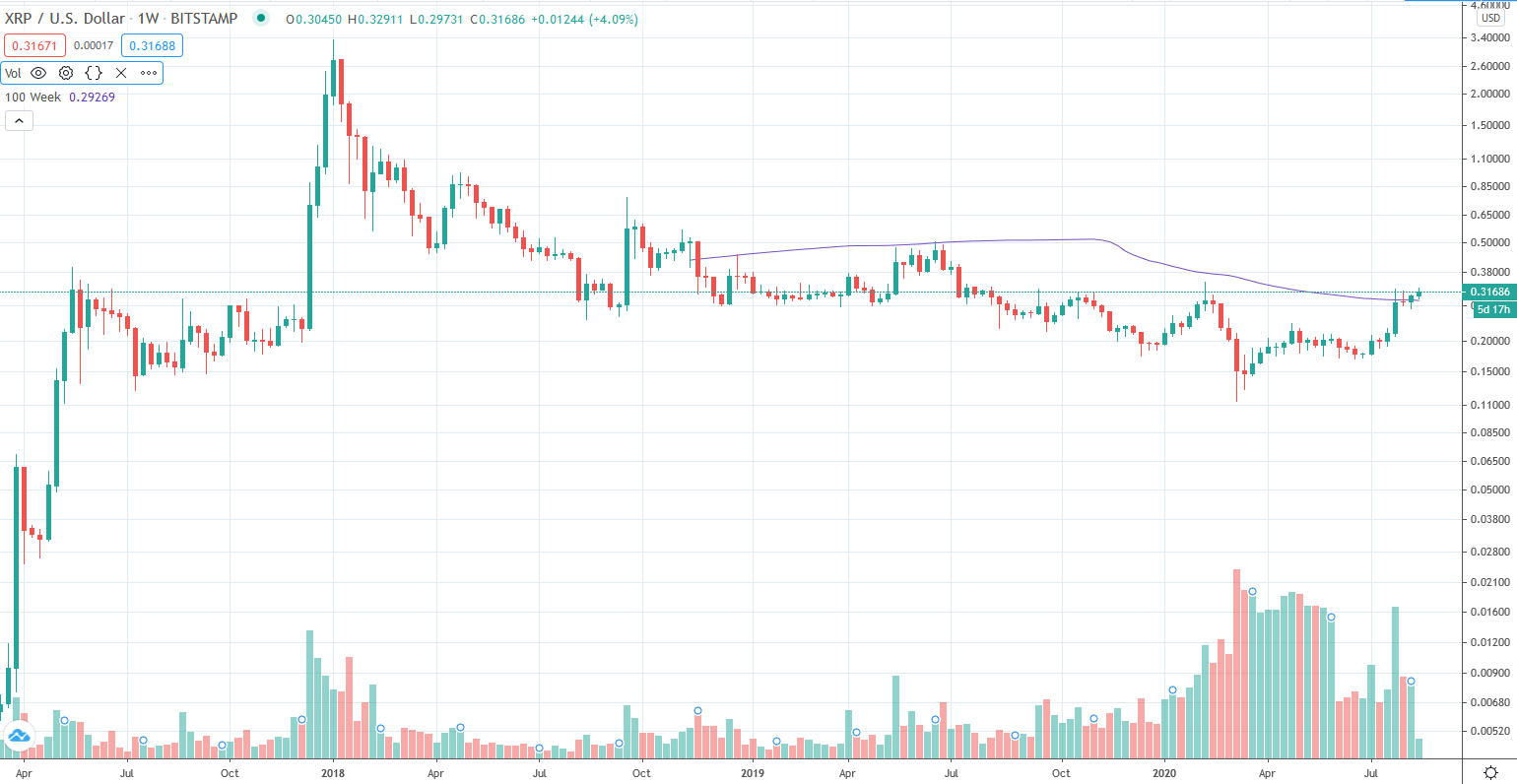 On the daily chart, XRP resumed its current upward trend on August 13, after the price initially consolidated in the first half of August, followed by the July rally. In the last few days, XRP had again broken through the resistances at USD 0.2850 and USD 0.2920.

Pentoshi, chief analyst of the research company Blockfyre, subsequently stated that XRP has entered a bullish scenario. Pentoshi stated that XRP has recorded a higher high for the first time in 959 days. He also pointed to the importance of the USD 0.30 level that acted as resistance for XRP in 2017 before the price exploded:

$XRP just had it’s highest weekly close since the market started making a higher high for the first time in 959 days.

It reclaimed the .30c level that had acted as resistance in 2017, support in 2018, and now reclaimed. This should be the official start of it’s bull run. 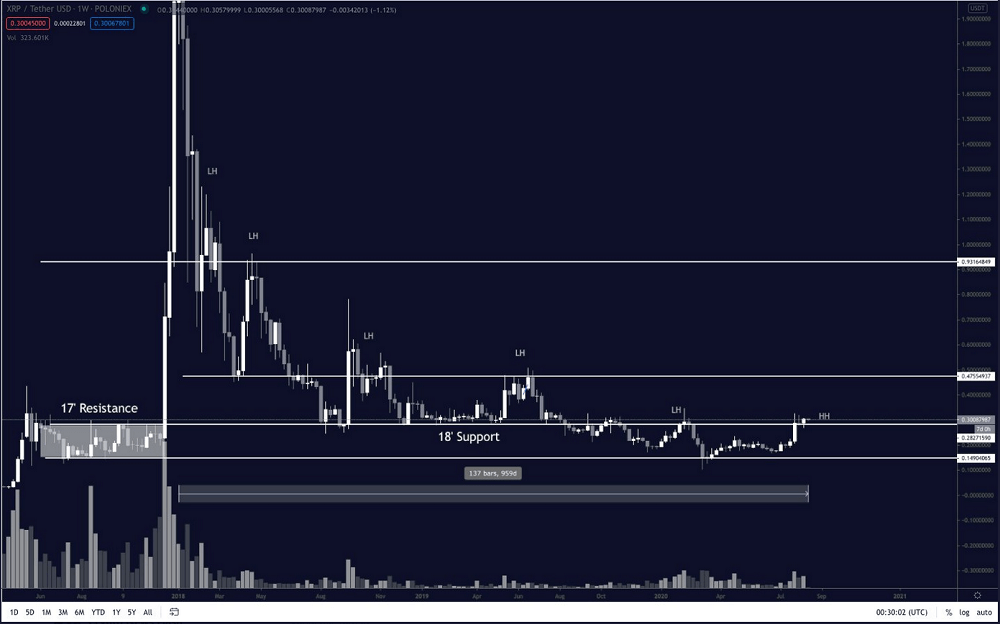 Also, bullish was Crypto Bitlord, who once threatened to use a hard fork to create a new cryptocurrency due to his dissatisfaction with Ripple’s XRP policy. The analyst explained that the biggest bull run for XRP since the breakout over $0.04 is brewing. Crypto Bitlord also stated that he is not planning to sell XRP due to the hope he has in the cryptocurrency.

Get ready for the biggest $XRP breakout since 4 cents 🚀🚀🚀

Despite the bullish sentiment, a bull run for XRP does not really seem to be fully confirmed yet. In fact, XRP has two double tops in front of it on the daily chart, which is known in technical analysis as a common reversal formation. The levels of $0.3258 and $0.3464 are therefore other crucial points that XRP needs to cross in order to send a stronger and long term bullish signal.

Ripple is named one of the top 500 companies by Inc

As Ripple announced yesterday, the San Francisco-based company was named one of the fastest growing companies by Inc., one of America’s leading business magazines. Ripple is ranked 123rd on the extensive list of 5,000 companies. According to the magazine, Ripple has achieved a strong growth of 3,039 percent over the past three years.

Thank you to our amazing team who bring passion to their roles every day. https://t.co/ZAnGbZGpM1

Key Takeaways Dutch authorities have detained a 29-year-old "suspected developer" of Tornado Cash in Amsterdam. The Fiscal Information and Investigation...

Kraken, the popular crypto exchange, has announced the results of its second 2022 Proof of Reserves audit, which has now...

XRP price shows a massive influx of active wallets, should Investors be concerned?

Ripple’s active addresses have increased by nearly 6x on multiple sets of occasions throughout the summer.  Ripple price hovers just...