US regulators to track Bitcoin, Ethereum and XRP transactions above $250


A proposed amendment to the U.S. Bank Secrecy Act indicates an increase in the severity of regulations towards cryptocurrencies. A press release from the Financial Crimes Enforcement Network (FinCEN) and the Federal Reserve Board (FSB) announces that these entities will receive public comments on the proposal beginning October 23.

The proposal seeks to modify the regulations on the rules known as record keeping and travel rule. If approved, financial institutions would be required to report information regarding transfers with a value greater than $250 for international transactions. Currently, the rule applies to transactions greater than $3,000 making this proposal a significant reduction in the amount of the transfer. Comments will be accepted until November 23rd of the current year.

The regulatory agencies clarify that the amendment will apply only to transactions that begin or are conducted outside the United States. In addition, the agencies indicate that transactions with “virtual currencies and digital assets” such as Bitcoin, Ethereum and XRP, also apply for the rule:

The proposed rule also further clarifies that those regulations apply to transactions above the applicable threshold involving convertible virtual currencies, as well as transactions involving digital assets with legal tender status, by clarifying the meaning of “money” as used in certain defined terms.

However, in the case of these assets, the standard applies to “domestic and cross-border transactions”. Agencies estimate that BTC transactions alone have grown from $366 billion in 2019 to $312 billion “through 2020 and through August,” as shown in the image below. They also indicate that there has been an increase in Bitcoin’s market capitalization. In that sense, the agencies point out: 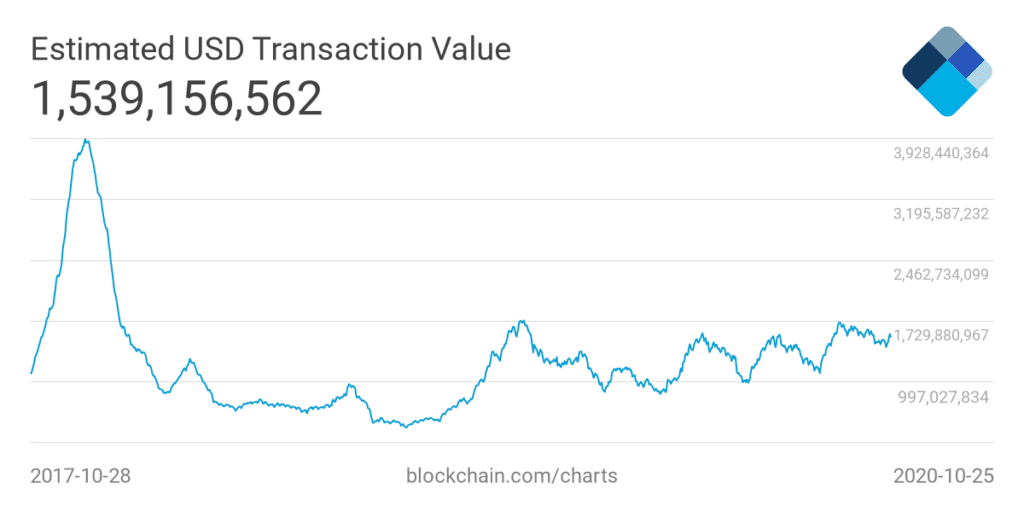 IRS asks Americans if they have Bitcoin (BTC)

(you) engaged in a transaction involving virtual currency, you will need to answer the question on page 1 of Form 1040 or 1040-SR.

Therefore, the citizen must say whether they received, sold, traded, or made any other transaction involving “any virtual currency”. If the citizen only had funds in Bitcoin, for example, without moving them, then they can check the “No” option. Otherwise, the answer must be positive.