Although Ripple achieved numerous milestones in 2020 and the use of payment solutions such as On-Demand Liquidity has increased significantly according to the last quarterly report, many investors were disappointed with the performance of XRP. Nevertheless, Cane Island Alternative Advisors analyst Timothy Peterson is bullish on 2021.

XRP will outperform Bitcoin in 2021

Despite the rather average performance, especially compared to the Bitcoin price, Peterson believes that XRP has bottomed out and could even outperform Bitcoin in 2021. Via Twitter he said:

I know it doesn’t look like much but this is XRP lowest price forward. I think people will be surprised at Ripple’s performance in 2021. It will probably have its best year since 2017 and maybe outperform Bitcoin.

Although Lowest Price Forward is strictly a price trend, I validated this trend with fundamental metrics from @coinmetrics

As Peterson explains, he comes to this conclusion after analyzing the fundamentals of XRP. As analyst MagicPoopCannon also found, XRP could break out of a falling wedge that it has been following since May 2018. The following diagram shows the chart of MagicPoopCannon.

According to the analyst, XRP could rise to $0.77 next year, starting an unexpected rally. XRP was unable to break the strong resistance along the $0.33 mark this year and has now stabilized at the $0.25 mark. According to Peterson, an important support stands at $0.22 and $0.25.

Peter Brandt on the other hand describes that the current rally of XRP has only followed Bitcoin and the rest of the market, and will not be of longer duration. In his opinion, XRP will continue to decline relative to BTC, as shown in the following chart:

Dead cat bounce after 32 straight red days. The best trading practice is to be long the strongest member of a category when long, short the weakest when short. Don’t be long the weakest hoping upon hope to catch up. 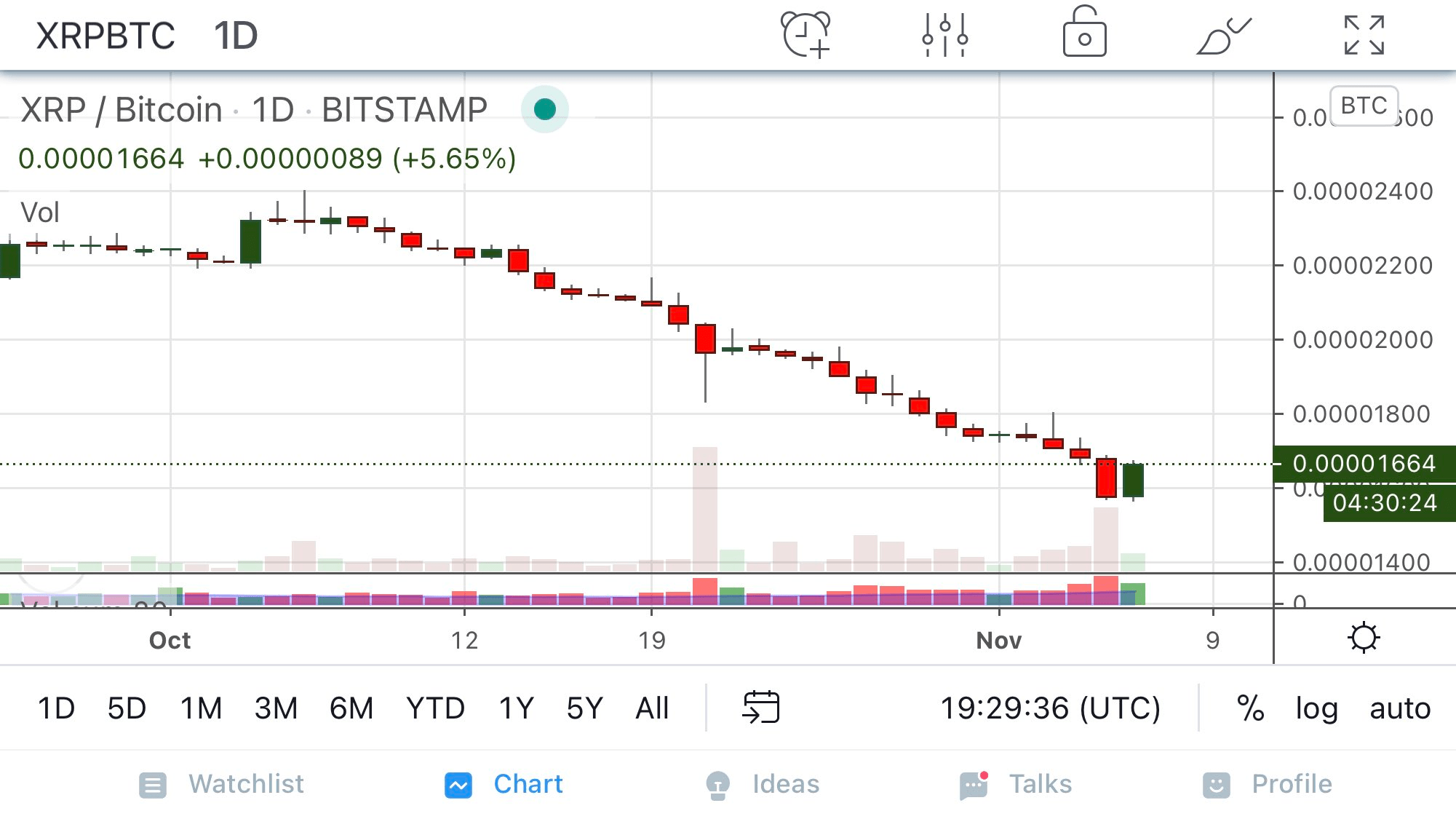 Trader and analyst “Dave The Wave” shared a chart with his community showing that XRP has reached a diamond bottom. This chart pattern shows a trend reversal which, according to the analyst, could occur with an 80% probability of success for XRP. The following chart shows that XRP will not immediately rise in price, but could not reach the $0.30 mark until July next year, and then rise to $0.50 once this resistance is successfully overcome.

The actual direction XRP will take also depends on the further development of policy and regulatory measures in the United States of America. As Crypto News Flash reported yesterday, Ripple has opened a new branch office in Dubai because of the perfect location conditions there and the clear regulatory framework. Ripple has even been considering moving its headquarters to London or Singapore for some time now.

These Five Signs Indicate Ethereum Could Soon Surge Against BTC

These Five Signs Indicate Ethereum Could Soon Surge Against BTC