The bullish sentiment around the crypto-space was unabated at press time as Bitcoin continued to trade above $13,700, its trading accompanied by strong expectations that institutional investors would continue to arrive. XRP broke beneath a bearish pattern and could test a level of support in the coming days. Cosmos registered some gains recently, but whether this was a bounce or the beginning of a recovery effort was uncertain. Finally, Dogecoin appeared to have lost an important level of support on the charts.

XRP formed a rising wedge (white) and the price broke beneath the ascending trendline to test the support at $0.232. The RSI dropped into oversold territory, and the crypto-asset mounted a minor pullback, but could be poised for further losses soon.

The RSI has also been trending lower, registering a series of lower highs that highlighted the bearish momentum for XRP. It also retested the neutral 50-zone, before heading south again.

It can be concluded that steady selling pressure has acted on XRP, and the bearish momentum has not yet weakened. $0.232 would serve as support once more. A close beneath it could see XRP descend toward $0.2.

In related news, the CTO of Ripple, David Schwartz, stated that a combination of obstacles was preventing banks from using XRP as a bridge asset. 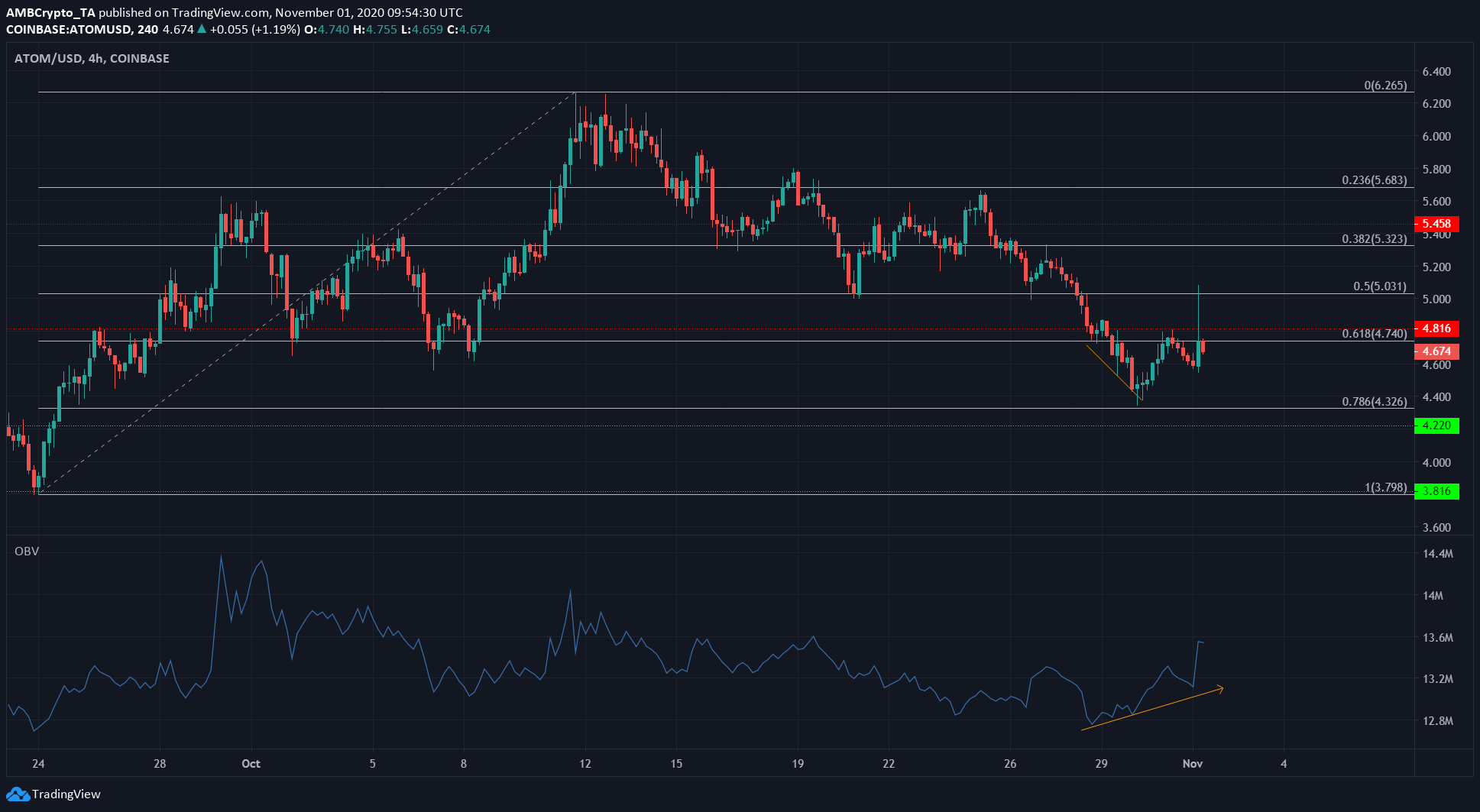 The Fibonacci Retracement tool was used on ATOM’s move from $3.8 to $6.26 to highlight some important levels of retracement for the coin.

A bullish divergence between the price and the buying volume was spotted (orange), and subsequently, ATOM retested the 61.8% retracement level.

ATOM could rise above the $4.8-level of resistance over the next few trading sessions. A close above the same would be bullish, while a rejection in that zone could see ATOM revisit the $4.3-level once more. 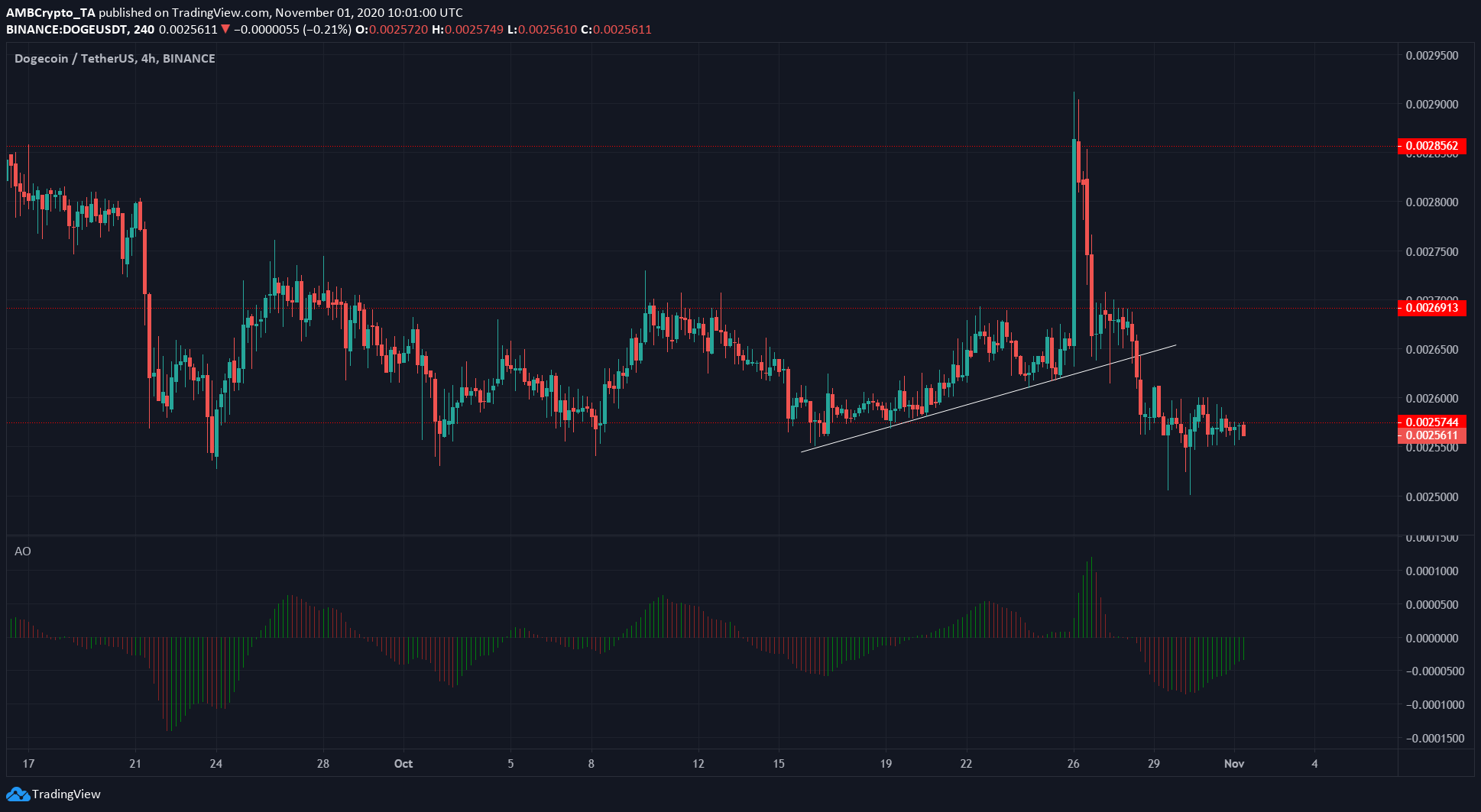 A brief uptrend for DOGE saw the price spike all the way to test the resistance at $0.00285 before it was rejected. Bulls would have hoped to be able to defend the trendline support (white), but they were unable to do so.

The loss of the ascending trendline was followed by a close beneath the support at $0.00256, showing strong bearish momentum.

The region at $0.00256 has acted as support for more than a month now and bulls would have to reclaim the level quickly to stave off further losses.

Dogecoin was down by as much as 10% to start the week, as the token retreated from Sunday’s high. The...

Disclaimer: The opinion expressed here is not investment advice – it is provided for informational purposes only. It does not...

XRP Falls 8%, Here’s Why the Crypto is Crashing Today

XRP is on a slippery slope as it plunged 8% on Monday. The 7th biggest crypto in terms of market...

Millions of XRP Suddenly Moved to Bitstamp, Here’s What Happened

Despite the cryptocurrency bear market, there were some flashes of hope for the major coins. Traders had high expectations with...