Bitcoin closed a trading session above $14,000 but was unable to hold on to the level. However, this was still quite a recovery from yesterday’s dip as low as $13,200. XRP and EOS faced strong bearish momentum and could drop to a level of support, while Basic Attention Token appeared likely to lack momentum toward either direction over the next few hours.

XRP formed a rising wedge over the past month and broke out to the downside of the pattern. It tested support at $0.232 and, despite a close beneath the level, the bulls were able to push the prices above once more.

The RSI showed that recent momentum has been bearish for the crypto-asset, and recently rose toward the neutral 50 region. Unable to rise past it into bullish territory, the RSI appeared to be moving lower at the time of writing.

This indicated the likelihood that the price, at $0.237 at press time, would be forced toward $0.232 once more in the coming hours.

In other news, Ripple joined a consortium of nearly 1,000 US companies calling for fairness and calm ahead of the 2020 US Presidential Elections. 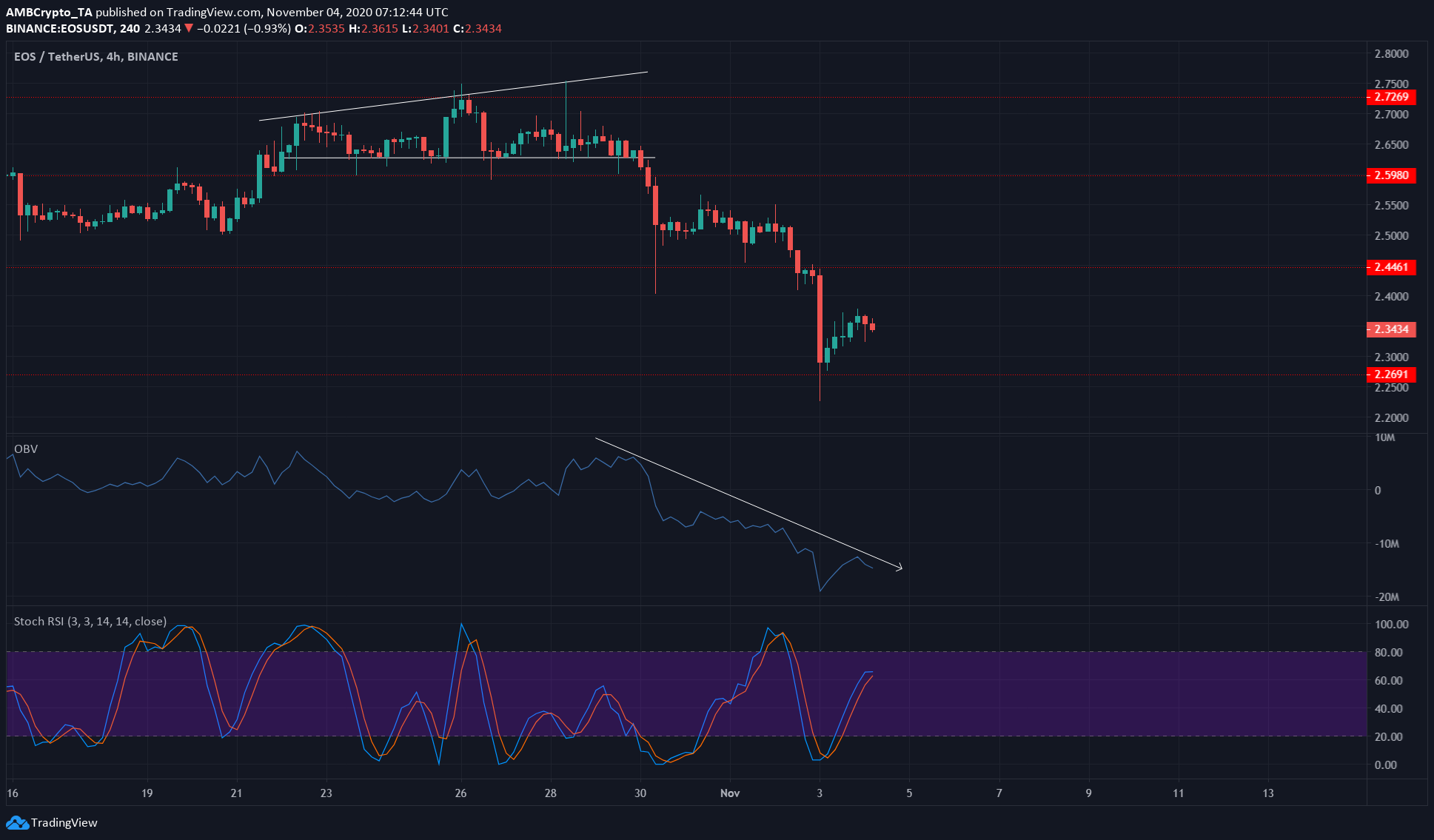 EOS bounced off support at $2.26 after the Stochastic RSI showed dropped into oversold territory. This bounce could be a good entry for short-sellers as it was likely that EOS would lose the imminent level of support.

The OBV showed consistent selling volume on the asset as sellers forced the price levels of support with strong momentum.

This lack of buying volume indicated that bulls would have a hard time defending support, and EOS could be set to drop beneath $2.26 to $2.1 in the coming days. 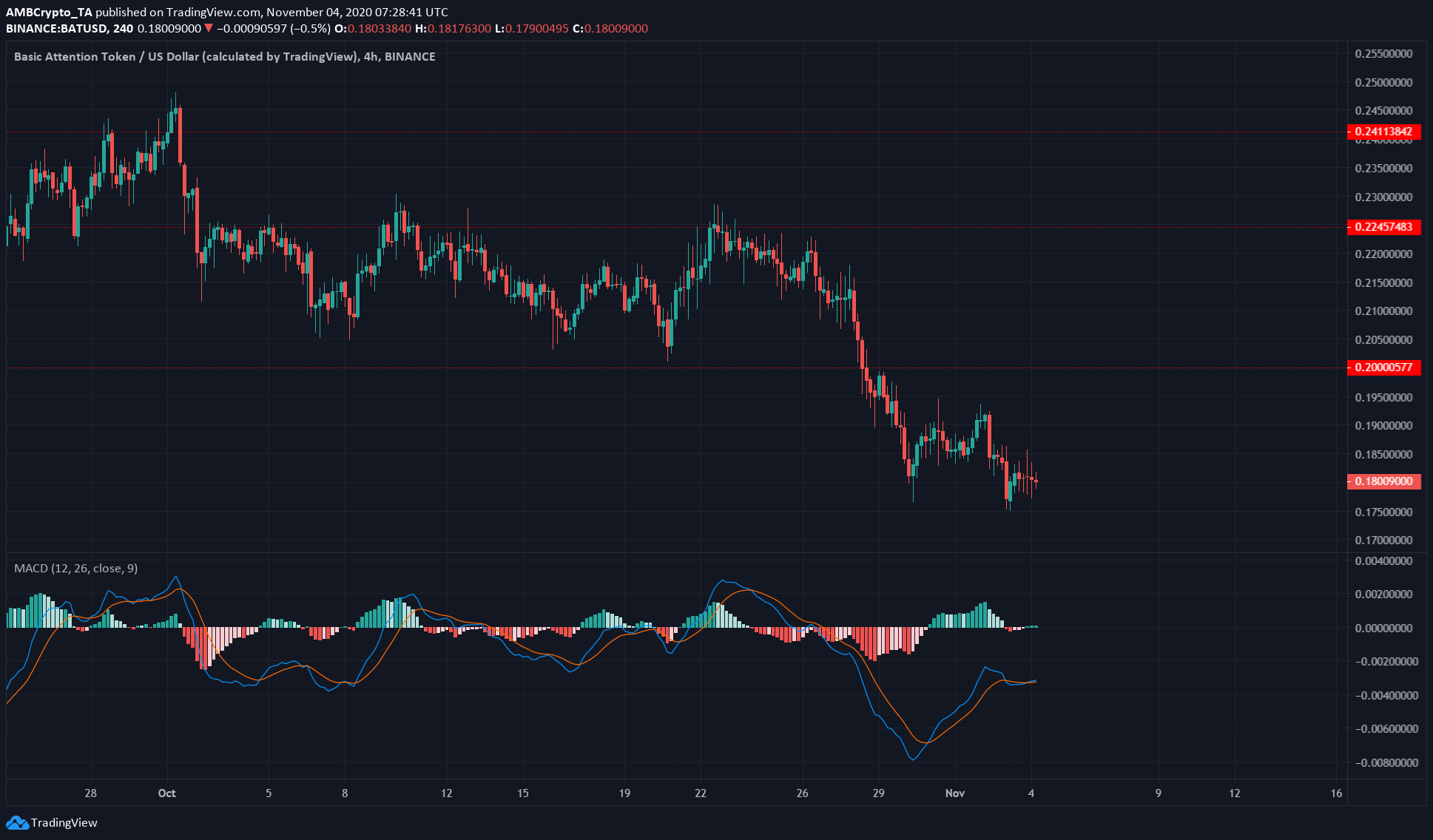 The past 24 hours saw sideways movement for the asset after strong bearish pressure. There was a bullish divergence between the price and the momentum indicator (MACD), as the price formed lower lows while the MACD saw bearish momentum wane.

This divergence saw the price bounce by nearly 3%. However, since then the MACD line and the signal line’s proximity suggested a lack of momentum for the coin,

It could move upward once more, but the more likely outcome seemed to be a few more hours of sideways trading before a move to the downside.