XRP was forming a bullish triangle and could breakout to the upside but there was a notable lack of buying volume in recent days. Tron attempted to break out but bears stood firm, and at press time the bears were in control of the market. BAT was forming a series of lower highs as it headed toward an important level of support.

XRP formed an ascending triangle (white). This is a bullish pattern that could see the price breakout toward the next resistance at $0.267 and beyond.

XRP Coughs Up $0.40 Despite Optimism Toward the SEC v Ripple Case

However, the OBV showed that the buying volume had dropped dramatically in the past couple of weeks. The price was unlikely to move upward since it disagreed with the interest of the market participants.

Hence XRP might face some losses in the next few days.

In other news, Ripple CEO Brad Garlinghouse recently said that tech firms had an “obligation” to contribute to working on societal issues, and was against Coinbase’s apolitical stance. 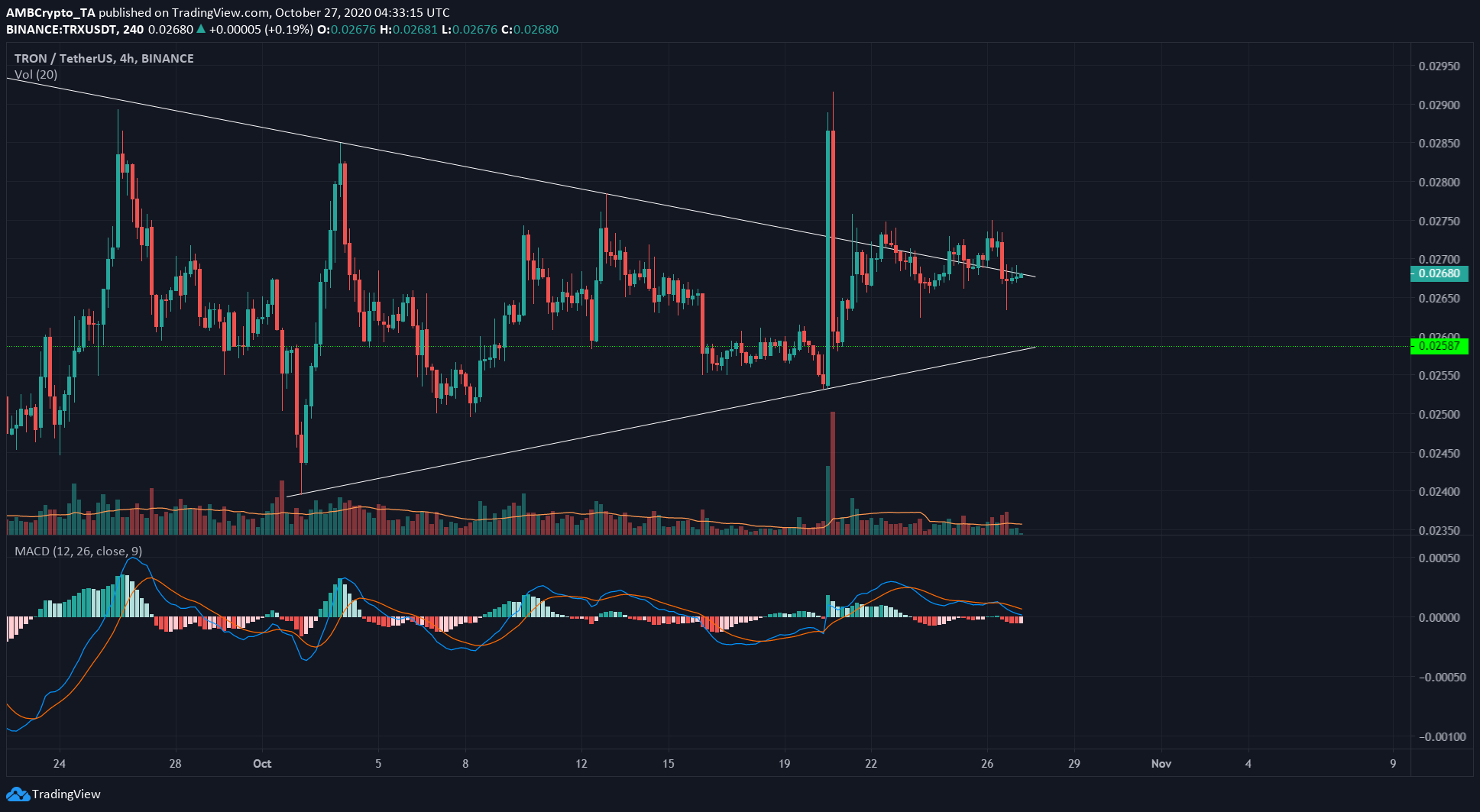 TRX was forming a symmetrical triangle (white) and appeared to break out a few days ago. Trading volume spiked, but the next session saw even more intense trading activity as sellers forced the price back downward.

Subsequently, the asset had a weak move upward but did not possess bullish momentum. The MACD formed a bearish crossover and appeared to be headed beneath the zero line. 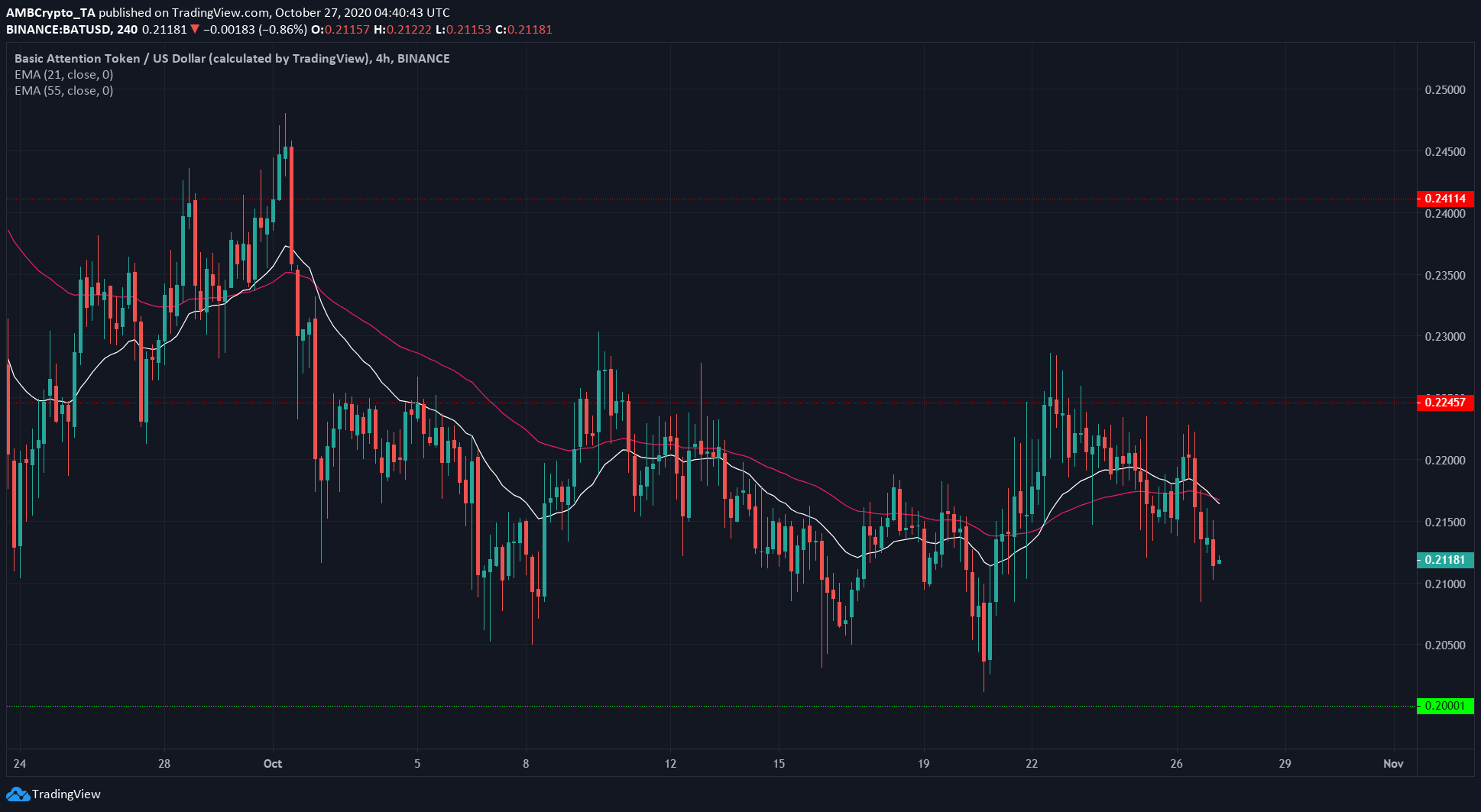 The moving averages painted a bearish picture for BAT. The 21 EMA (white) has been moving beneath the 55 EMA (pink) for the better part of the previous month.

The asset has a level of support at $0.2 and bulls would have to defend this important level to initiate a period of accumulation.

XRP Coughs Up $0.40 Despite Optimism Toward the SEC v Ripple Case

Key Insights: On Sunday, XRP rose by 0.15%. Marking the sixth gain from seven sessions, XRP ended the day at...

Significant setbacks have recently been experienced by the crypto industry, but history has shown that this will not last long,...

Will The Next Meme Coin, Rocketize Token, Overpower The Market Competitors Like Ripple And Decentraland?

Crypto users are aware of the struggles the market has been facing for the last few years. In this era...

A closely followed crypto strategist is updating his stance on XRP and Litecoin (LTC) while warning Ethereum holders that ETH...