A large number of investors have stopped trading Bitcoin. Instead, they are following the classic buy-and-hold strategy.

Data fetched by Glassnode showed that about 8 million Bitcoin tokens have not moved in at least three years. That makes up 44 percent of the total cryptocurrency supply, a level–as Glassnode noted–one has not seen in over three years.

Bitcoin supply that has not moved in the last two or more years. Source: Glassnode

The so-called “HODling sentiment” started gaining momentum in the late 2019s. Back then, the price of Bitcoin had fallen to as low as $6,430 from the year-to-date high near $14,000. Traders bought the dips in anticipation of securing both short- and long-term profits.

The BTC/USD exchange rate was on a steady rise after December 2019. The pair entered 2020 with blasting gains as bids for Bitcoin increased against the then-escalating US-Iran tensions. As of February 13, the cryptocurrency was changing hands for as much as $10,522. 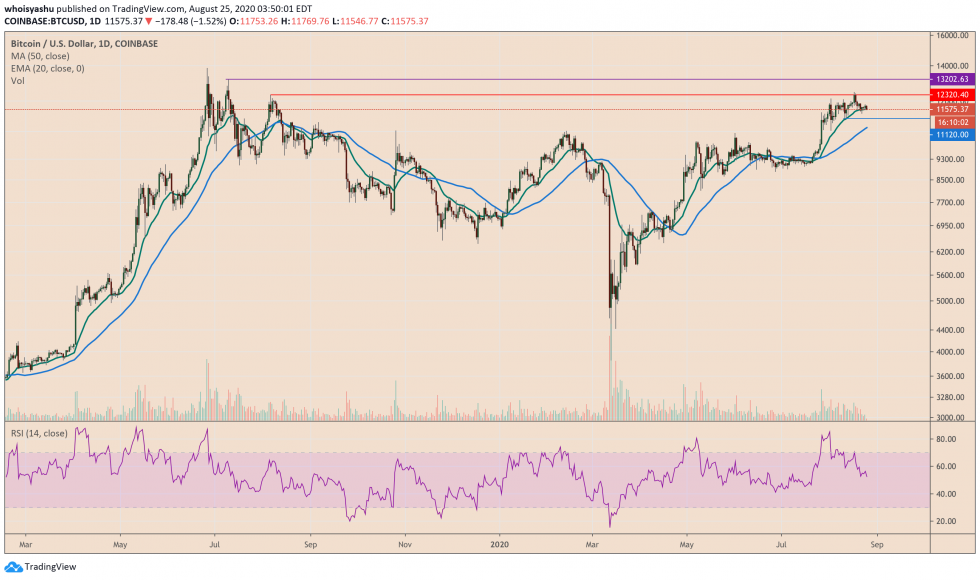 Nevertheless, Bitcoin failed to sustain its upside outlook against the rising COVID pandemic. Entering March, the cryptocurrency crashed alongside the global markets, including gold and stocks, after governments announced lockdowns to curb the spread of the virus. As of March 13, the BTC/USD exchange rate was trading at a minimum of $3,858.

But that did not deter the HODLing sentiment, according to the Glassnode chart above. Investors caught the Bitcoin’s dip, helped by central banks’ open-ended stimulus policies. As a result, the cryptocurrency surged by more than 200 percent, closing above its previous YTD high to hit $12,486 on August 17.

The figures, once again, pointed to a drop in trading sentiment among the Bitcoin followers. The HODling behavior rose despite Bitcoin trading near its fresh YTD level above $12,000. That appeared in contrast with what happened in March: exchanges had more Bitcoin tokens in their reserves at the time of sell-off. 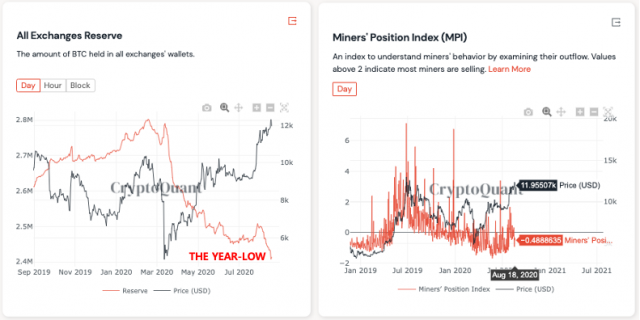 “People keep worrying about the great sell-off like March, but exchanges don’t have as many idle Bitcoins (waiting to be sold) as that day.”

Konstantin Anissimov, the executive director of CEX.io, nevertheless noted a steep rise in the number of new trading accounts at their exchange. He told Bitcoinist that their monthly signups increased by 80 percent in the first half of 2020, which led to equally higher trading activity.

“Out of all the traders, 66% are turning a profit for themselves. For traders who are active 70% of business hours, the average success rate increases to 73%,” Mr. Anissimov added.

At the same time, the Bitcoin market has delivered profits to its holders on 98 percent of all days since 2013, according to UTXO data by Glassnode.