The benchmark cryptocurrency touched an intraday high above $36,500, up 21.35 percent from its week-to-date low near $30,000. Traders flocked back into the market after sensing short-term buying opportunities near the said local bottom. In doing so, they took the BTC/USD exchange rate above a crucial resistance level of $35,000—it was capping the pair’s gains during the overnight US session Monday. 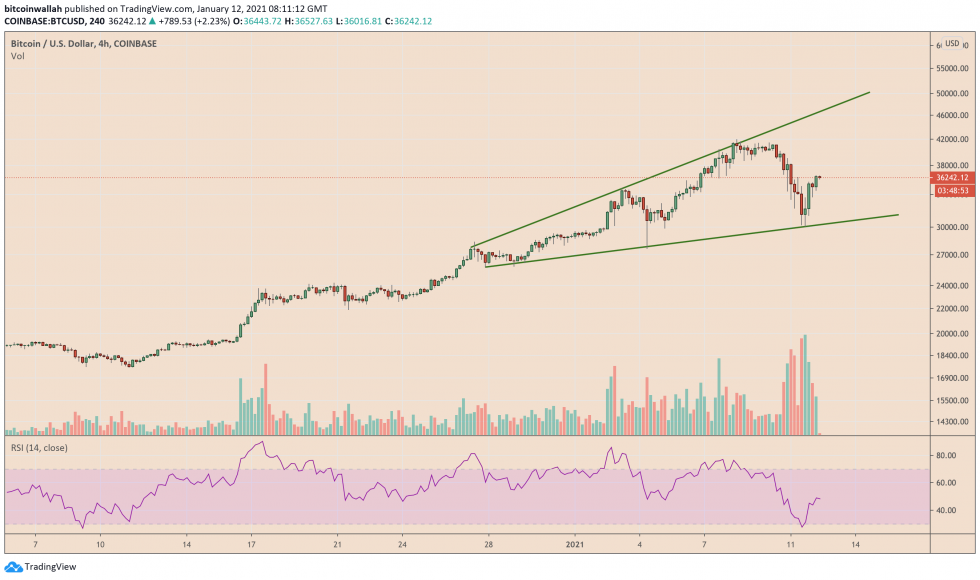 Bitcoin’s latest upside correction appeared almost in sync with similar rebounds across the global stock market. In Asia, the Shanghai Composite Index rose 1.4 percent. Meanwhile, the Nikkei 225 in Tokyo and the Hang Seng in Hong Kong added 0.1 percent and 0.8 percent.

The European trading session experienced a positive open, with the pan-European Stoxx 600 climbing 0.4 percent in early trade and the FTSE 100 Index in London advancing 0.18 percent. US futures were also positive, pointing to a profitable session Tuesday after closing the previous one in negative. Gold futures surged 0.34 percent.

At the core of Bitcoin and traditional markets’ recovery was a reversing US dollar. The greenback declined by 0.24 percent during the early Tuesday session, followed by a modest rebound ahead of the London opening bell. Technically, its lower high formation on the four-hour chart indicated a bearish continuation move. 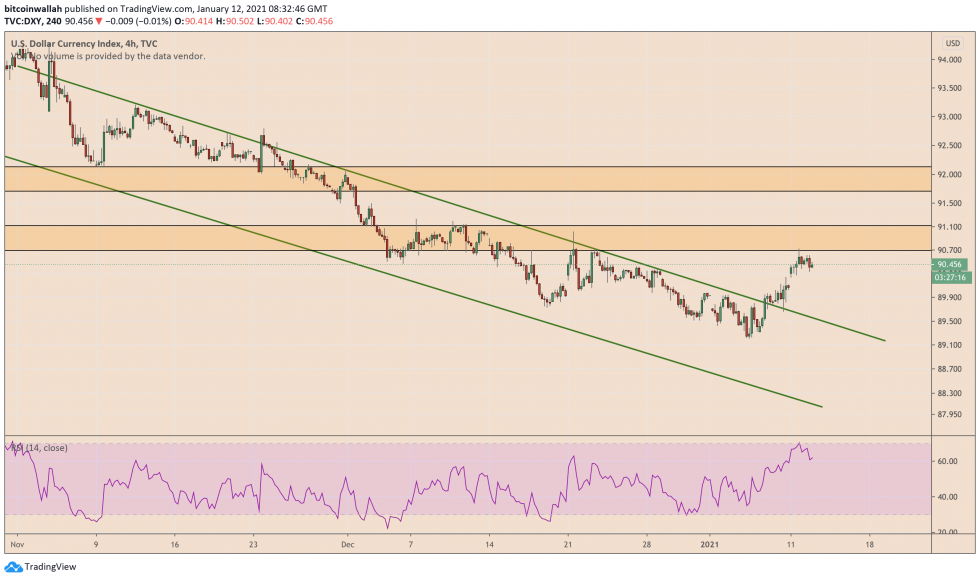 US Dollar Index reverses after testing resistance near 92. Source: DXY on TradingView.com

Global financial media reported that investors weighed against an extended dollar recovery due to the US election results. The outcome puts Joe Biden-led Democratic party in control in the Senate, paving the way for at least $1 trillion worth of additional stimulus.

“Investors found optimism in the prospect of further fiscal stimulus,” Seattle Times quoted Cesar Perez Ruiz, CIO of Pictet Wealth Management in a report. “President-elect Biden has a better chance of pushing through his agenda and delivering sorely-needed stimulus and support.”

The BTC/USD exchange rate expects to undergo a breakout move as it partially confirms an inverse head and shoulder pattern. 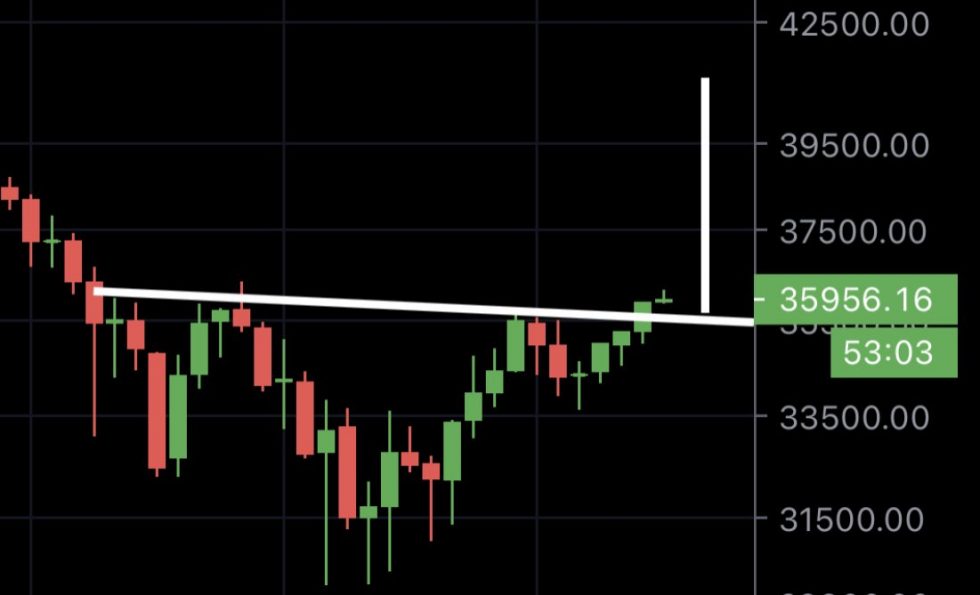 First spotted by a pseudonymous analyst, the structure pertains to a bearish-to-bullish reversal on shorter timeframe charts. Its price target is above $40,000, pointing to the possibility of another record high.

“Only if this inverse H&S pattern confirms for bitcoin we can see follow-through,” the analyst noted.

Bitcoin has defied the downward trend of major currencies such as the British pound (GBP) and Chinese yuan by increasing 6.5% over...