Bitcoin opened lower this week as prospects of an orderly transition of power in Washington and a spike in US Treasury yields hammered the cryptocurrency’s overextended rally.

The BTC/USD exchange rate slumped by up to 12.67 percent on Monday, logging an intraday low of $33,333. Some analysts claimed that it was a natural price correction, primarily after Bitcoin’s consecutive gains of up to 119 percent in the previous four weeks. They noted the price would resume its uptrend again.

Vijay Boyapati, the author of “the Bullish Case for Bitcoin,” reminded a correction of up to 30-40 percent after a wild upside rally was natural during the 2017 bull run. Retailers bought every dip to push the Bitcoin price higher. But in 2020, institutional players have replaced the retailers, which has translated into volatile bullish moves with minimal corrections.

“In the current bull market demand seems to appear after corrections between 15-20 percent,” explained Mr. Boyapati. “This is probably indicative of a difference in buyers: retail (2017) vs institutional (today).” 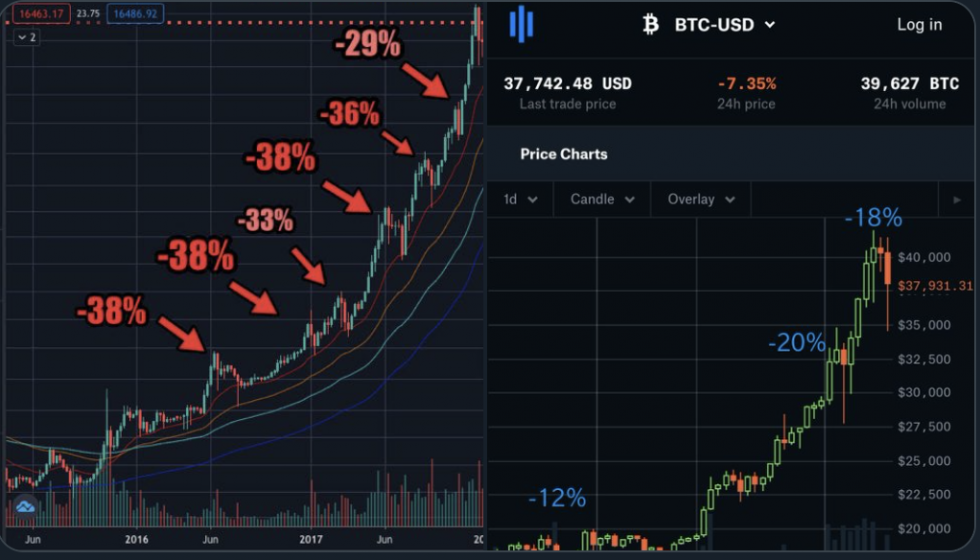 In retrospect, traders have also started dumping Bitcoin because the Federal Reserve’s policy is pushing 10-year Treasury noted and 30-year Treasury bonds higher. So it appears, they are securing their profits by selling the cryptocurrency near its record high levels to put them instead into bonds to earn a yield.

That doesn’t signify an all-and-all dumping behavior. Traders are also beware of the Fed’s commitment to pushing inflation rates above 2 percent in the coming years. Meanwhile, the chance of additional government fiscal stimulus also provides them enough reasons to purchase Bitcoin back as their safety net.

And the possibilities are—indeed—higher after Friday’s employment report.

It showed that the US economy lost jobs for the first time in eight months in December amid rising coronavirus infection rates. The President-elect Joe Biden has earlier committed that he will prioritize fiscal support via unemployment insurance and rent forbearance in his presidency’s first days. 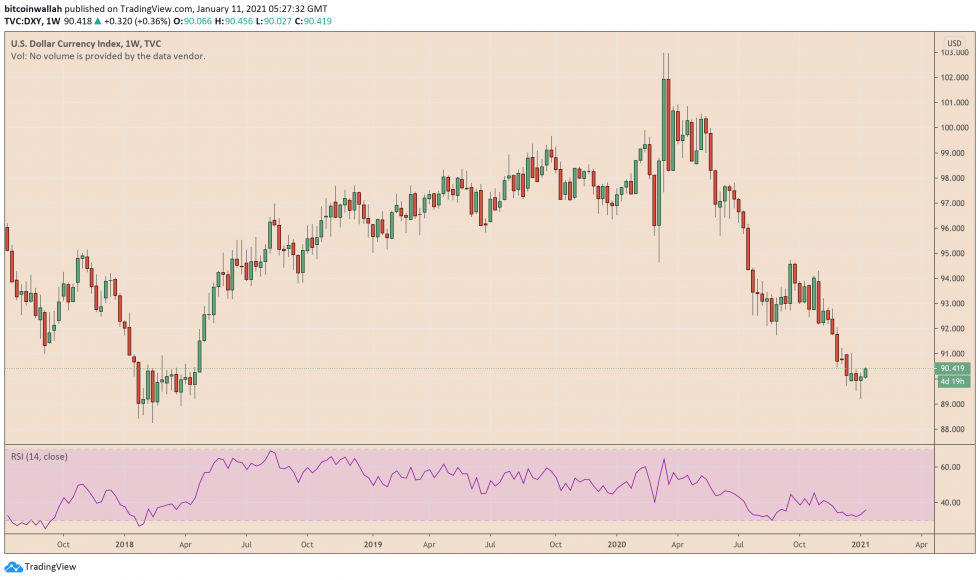 Bitcoin’s correction coincides with a pullback in the US dollar index. Source: DXY on TradingView.com

That could push the US dollar lower—and Bitcoin higher. The package is due on Thursday.

The Fed chairman Jerome Powell expects to offer further insights about the US economy’s health after the latest labor report this Thursday. The market notes he would keep the interest rates on hold near-zero through at least 2023. Meanwhile, his office would keep buying government and sovereign bonds that could end up turning the benchmark yield below 1 percent. 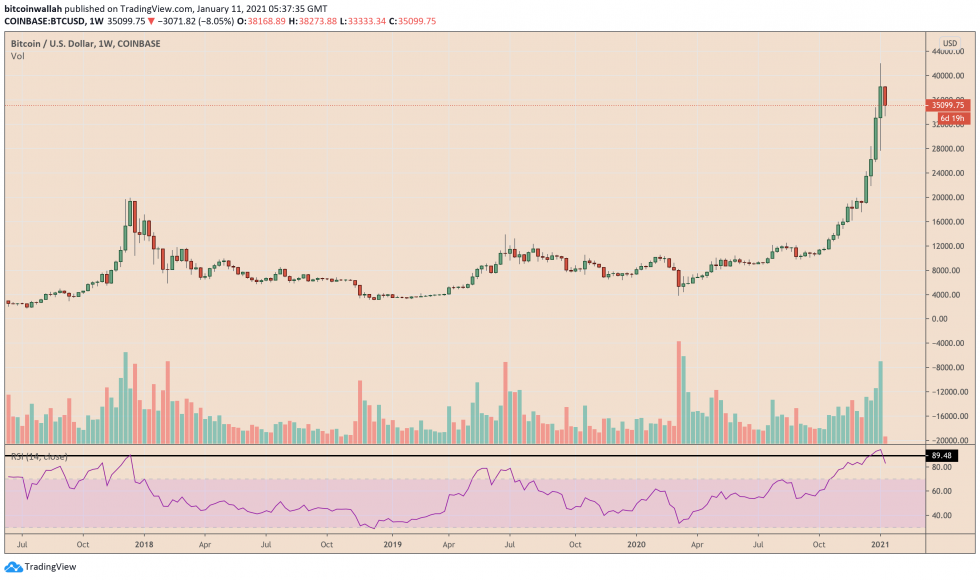 Mr. Powell earlier admitted that the Fed’s expansionary policy would continue until they achieve “maximum employment.” Unfortunately, last week’s report tells a different story, so continuous support would tend to resume Bitcoin on its path upwards.