According to a Telegram channel tracking the Tom Demark Sequential, Ethereum is printing a reversal candle on its daily chart against Bitcoin.

The asset has formed a “Sell S-13” as per the sequential, which is a time-based indicator that prints “9” and “13” candles at inflection points in the trend of an asset.

Per the indicator, Ethereum will likely see a correction against Bitcoin in the days ahead. The indicator, importantly, doesn’t predict where the asset will retrace to.

Chart of Ethereum’s price action against Bitcoin over the past few weeks by a Telegram channel tracking the TD Sequential and its signals.
Chart from TradingView.com

Chris Burniske, a partner at Placeholder Capital, is not convinced of the bearish sentiment about ETH/BTC.

The former ARK Invest crypto-asset analyst explained that ETH should naturally outperform Bitcoin due to its market structure:

“Since ETH is more illiquid & higher risk than BTC, it tends to overshoot BTC’s gains in a bull market, ultimately ending up higher than it started in ETHBTC terms… then allowing more BTC to be bought with ETH, and so the cycle continues.”

Since $ETH is more illiquid & higher risk than $BTC, it tends to overshoot $BTC’s gains in a bull market, ultimately ending up higher than it started in $ETHBTC terms…

…then allowing more $BTC to be bought with $ETH, and so the cycle continues. pic.twitter.com/HhJDqLH2xG

He added that with the recent strength in the price of Ethereum against Bitcoin, the two are “reinforcing each other in bull markets.” This means that “on a long time frame, ETH [is] being set up to continue to gain on BTC.”

This optimism about ETH has been echoed by Raoul Pal, a former Goldman Sachs head of hedge fund sales.

The investing veteran wrote earlier this year that he expects for ETH to outperform Bitcoin in this phase of the market. He shared the chart seen below, which indicates that ETH/BTC was then to see a breakout that favored Ethereum bulls. 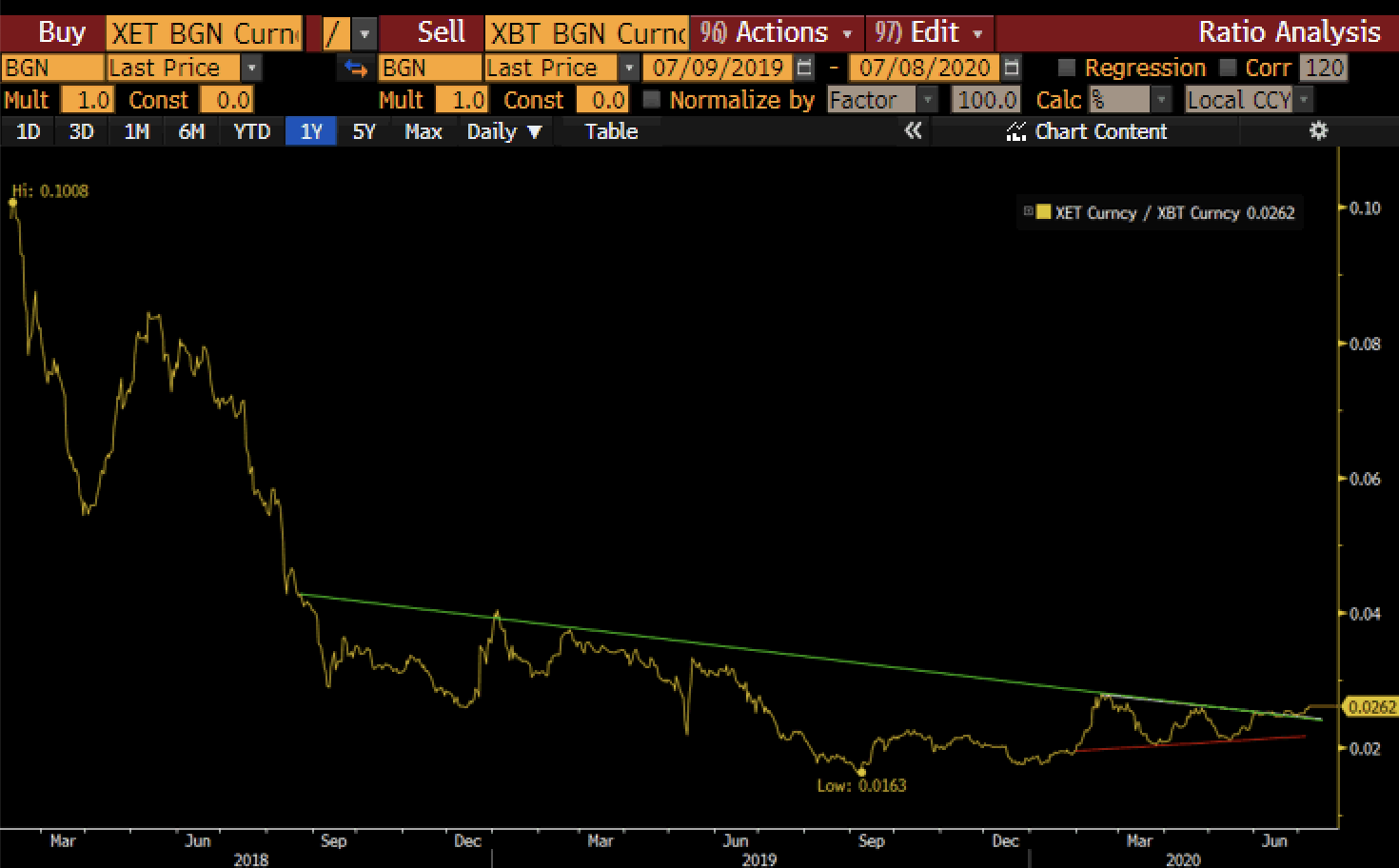 Pal confirmed late in July that he recently acquired exposure to Etherem for the first time ever. He has previously cited the development of the DeFi sector as a reason to be positive about the cryptocurrency.

How a Decentralized Randomness Beacon Could Boost Cryptographic Security