After the XRP price reached our short-term bullish target of ±$0.35, it is now on its way to reach our correction target of ±$0.2!

In our last XRP Price Forecast on the 27th of August we wrote:

„ In the weekly chart, the months long downwards trend of XRP becomes apparent. Ripple’s price formed a “lower high”, confirming the bear trend. Nevertheless, the enormous increase in the trading volume is to be viewed bullishly. But still, the MACD’s histogram is having a bearish development here as well. Should the 0.382 Fib support not hold at ±$0.2631, XRP’s price could return all the way back to the golden ratio support at ±$0.2. “

Ripple Price Forecast – On the way to the golden ratio at ±$0.2?

Looking at the MACD, whose histogram started developing bullishly again, and whose lines could be about to have a bullish crossover soon, the XRP price could soon have a strong upward correction. At the latest, the RSI should have reached oversold regions once again after reaching the golden ratio, which could lead to the XRP price having a strong bounce upwards.

The weekly chart however showcases the bearish lookout awaiting XRP in the middle-term. The histogram has had a bearish development for several weeks, while the MACD lines stand right before a bearish crossover. Additionally, the XRP price seems to be up for a bearish rejection at the 50-Weekly-EMA at $0.244.

The XRP price has already fallen by 30.30%, since reaching its local high around $0.33. The XRP price could soon fall lower, to find support at the golden ratio at ±$0.2.

The MACD lines had a bullish crossover on the monthly chart, and the histogram keeps on bullishly ticking higher. Nevertheless, the current developments hint at a continuation of the correction.

But should the Bitcoin price rise, it would give a push to the XRP price as well! Therefore, it is essential to keep an eye on the Bitcoin charts, and watch whether BTC can hold the important $10,000 support or not!

A possible scenario could be that the XRP price falls down to the golden ratio at ±$0.2, have a strong bounce there and move up toward the resistance between $0.32767 – $0.3677 once more in order to break it.

The chances to establish a high above $0.33 during the ongoing year are still there!

XRP Price Forecast – How is it looking for the XRP/BTC pair?

In order to support and motivate the CryptoTicker team, especially in times of Corona, to continue to deliver good content, we would like to ask you to donate a small amount. Independent journalism can only survive if we stick together as a society. Thank you

Instant Crypto Credit Lines™ from only 5.9% APR. Earn up to 8% interest per year on your Stablecoins, USD, EUR & GBP. $100 million custodial insurance.

This post may contain promotional links that help us fund the site. When you click on the links, we receive a commission – but the prices do not change for you! 🙂

Trading with financial products, especially with CFDs involves a high level of risk and is therefore not suitable for security-conscious investors. CFDs are complex instruments and carry a high risk of losing money quickly through leverage. Be aware that most private Investors lose money, if they decide to trade CFDs. Any type of trading and speculation in financial products that can produce an unusually high return is also associated with increased risk to lose money. Note that past gains are no guarantee of positive results in the future. 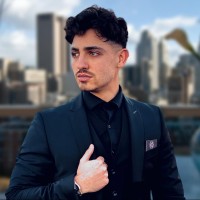 Market as a compressed spring, ready to shoot

XRP has recorded phases of high price volatility in recent weeks as the token’s community monitors the progress of the...

Market as a compressed spring, ready to shoot