USDT reserves are up from $88 M to $1.06 B in 60 days based on data from Cryptoquant. This jump in Tether reserves cannot be entirely accounted for by new buyers trading fiat for stable coins like Tether. This could be attributed to traders bringing their funds to spot exchanges through Tether.

Back in the altcoin rally of 2017, traders used XRP to transfer funds between exchanges. Largely due to its low transaction fees and high liquidity on exchanges like Binance. In early 2018, at the peak of this rally, XRP got a boost in market capitalization and price. 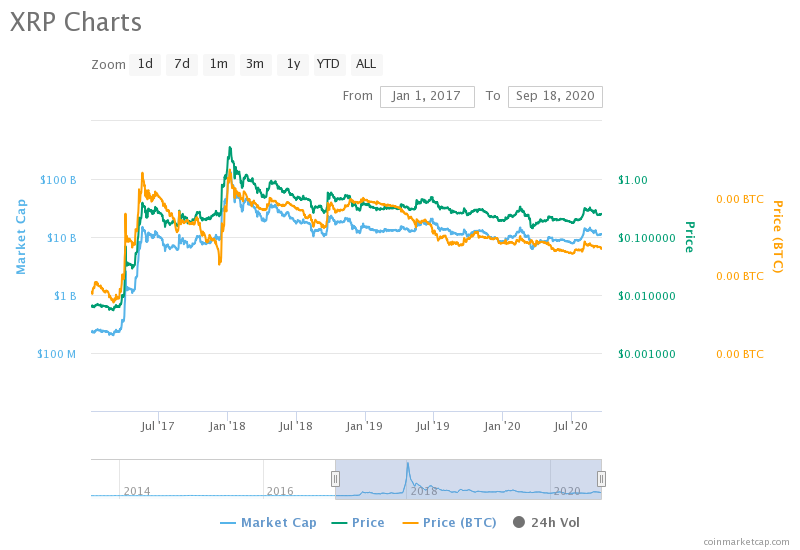 Since its launch, XRP set out to be the future of digital payments in cryptocurrency and enjoyed undisputed support from traders. However, Tether’s increasing market capitalization and adoption has dethroned XRP. With a market capitalization of over $15 B, Tether ranks third, after Bitcoin and Ethereum.

Tether is a direct competitor to XRP, as Tether claims to maintain its number one spot as the most liquid, stable, and trusted cryptocurrency. Tether’s rise to #3 in charts can be attributed to the fact that it is a stable coin, and stable coins have been adding $100 million in market capitalization every day for almost 3 months now. Tether’s dominance has hit 4.3% based on data from CoinMarketCap and its Stable Coin Supply Ration [SSR] has hit the lowest point since January 2019. Since SSR is calculated as the ratio of Bitcoin’s market capitalization to Stablecoins’ market capitalization, it is safe to assume that the $100 million added every day for the past few months has made an impact.

SSR started rapidly plummeting in July 2020 and now it’s racing to the bottom as Stablecoin Market Capitalization rises every day. Tether, the top contributor to the rising stablecoin market cap has surpassed XRP in trade volume and continues to remain a top choice among traders for fund transfer and digital payments.

The altcoin rally of 2017 and early 2018 was led by Ethereum and XRP followed closely. However, with a drop in trade volume and market capitalization, XRP may not be in a position to drive a rally anytime soon. If there is one, then XRP may have a slow start.