XRP showed signs of bearishness on the charts, although on a longer timeframe, there was the possibility of a bullish breakout. NEO has been forming a bearish pattern over the past few days, with the same validated as NEO sought support in the face of selling pressure. Dogecoin could be entering a period of low volatility, although its movements were still part of a larger bear trend.

A bearish divergence was seen on the 4h charts, highlighted in yellow. This divergence can be expected to take the price back to the support at $0.232. Given that XRP has been trending for more than a month, the $0.232-level might be lost as support in the next few days.

The previous week also showed a hidden bearish divergence, with price making lower highs as the RSI made higher highs, as shown by the white lines.

The longer timeframe analysis also showed a descending channel, indicating the possibility that in a week or two, XRP might break out of the channel to the upside. 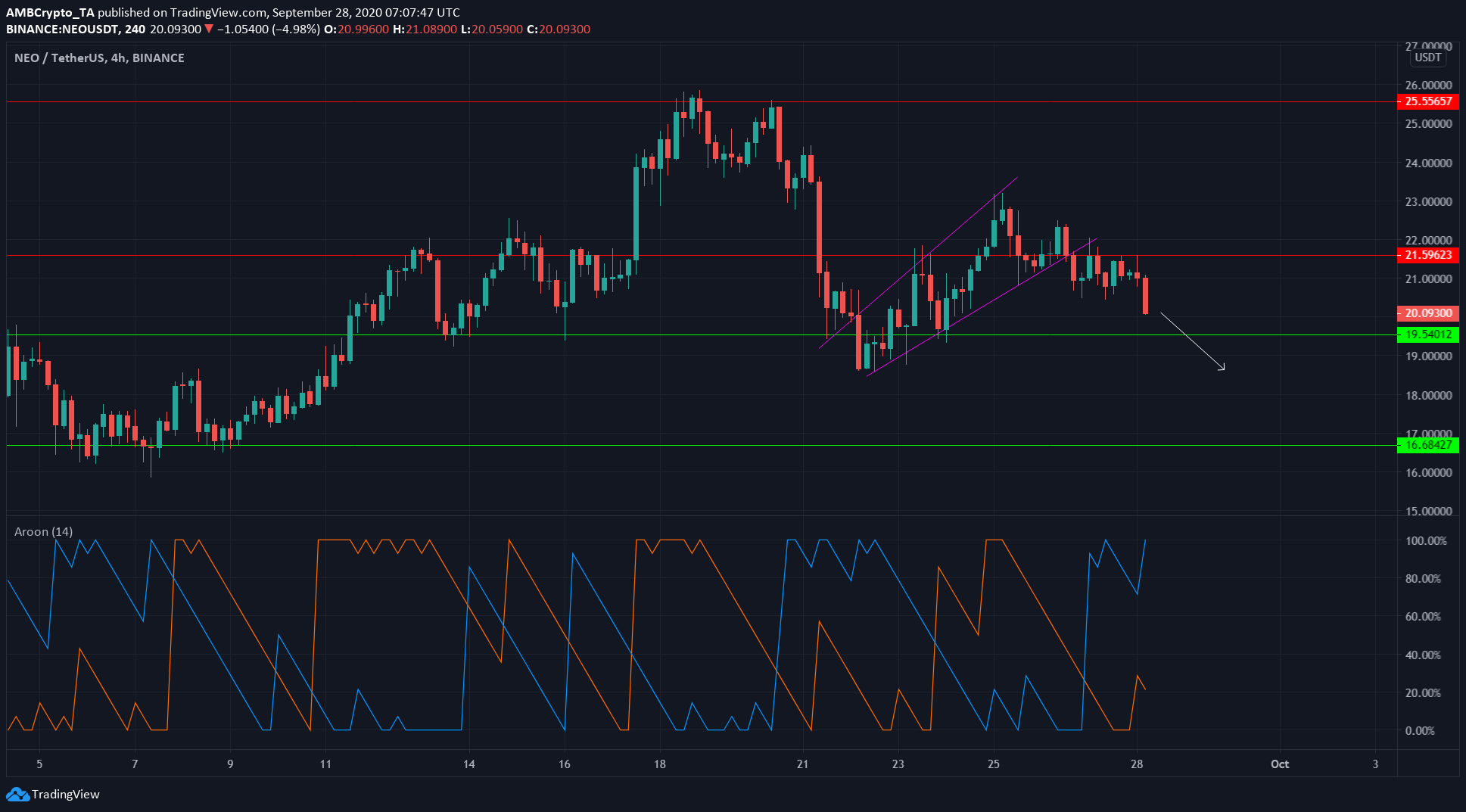 The most recent trading session showed a 4.8% loss, although the session had not yet closed, at the time of writing. The purple trendlines highlighted the formation of an ascending broadening wedge, a bearish reversal pattern.

The pattern played out as the price slid beneath the lower of the two trendlines. This pattern can generally drive prices back to the base of the formation, in this case, $18.6.

The Aroon indicator also showed a downtrend since the price broke out to the downside as the Aroon Up (orange) dived toward 0, while Aroon Down (blue) rose and crossed over to signal a change in trend in the near-term.

However, it is also possible that the buyers may step in at the $19.5-level. 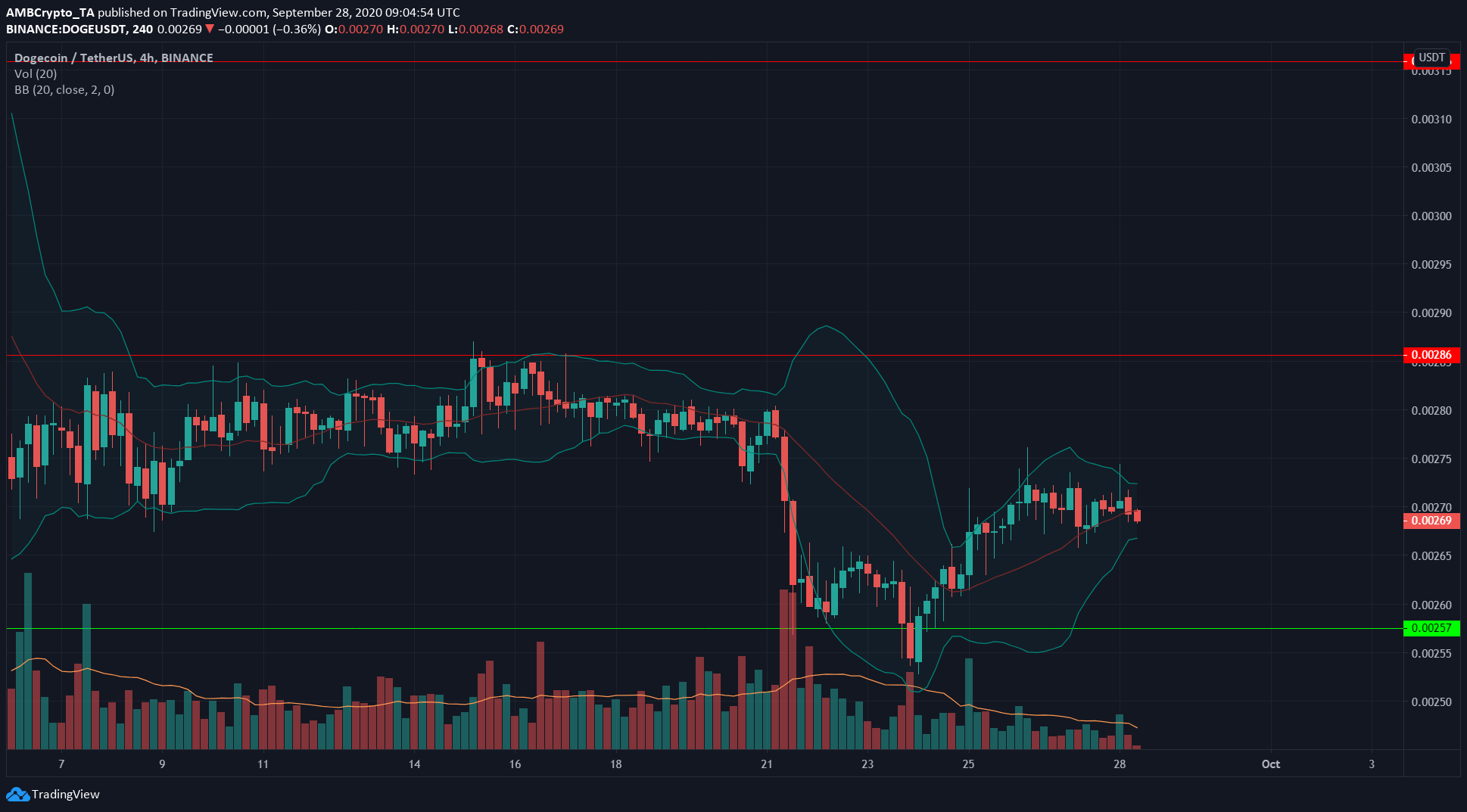 The Bollinger Bands were beginning to squeeze around the price, while the trading volume was also reaching new lows. This indicated a period of lowered volatility.

If the prior trend were to repeat, DOGE might stay around $0.0027 for a few days, before experiencing another drop towards, and even beneath, its support at $0.0025.

The Inevitable Marriage of Yield Farming and NFTs, Explained