Disclaimer: The following article attempts to analyze the emerging pattern in the XRP short-term market and its impact on price.

The third-largest crypto, XRP has reported a surge in price over the weekend. This could also be seen in the Fibonacci retracement levels marked for the given period. The coin’s chart shown below marked the low price point at $0.2191 and peaked at $0.2486, as it also witnessed a minimal correction after the run-up.

As the cryptocurrency traded at $0.2428, at press time, the bearishness in the market remained and XRP has been trying to break through the resistance at $0.2440.

As per Fib retracement, the price of XRP tested the support at $0.2395 and bounced back, while testing the resistance at $0.2420 and breached it. The price level has been acting as a support now, as XRP tries to move higher. However, as seen the peak for the current period was at $0.2486, and only a surge could push XRP that high. 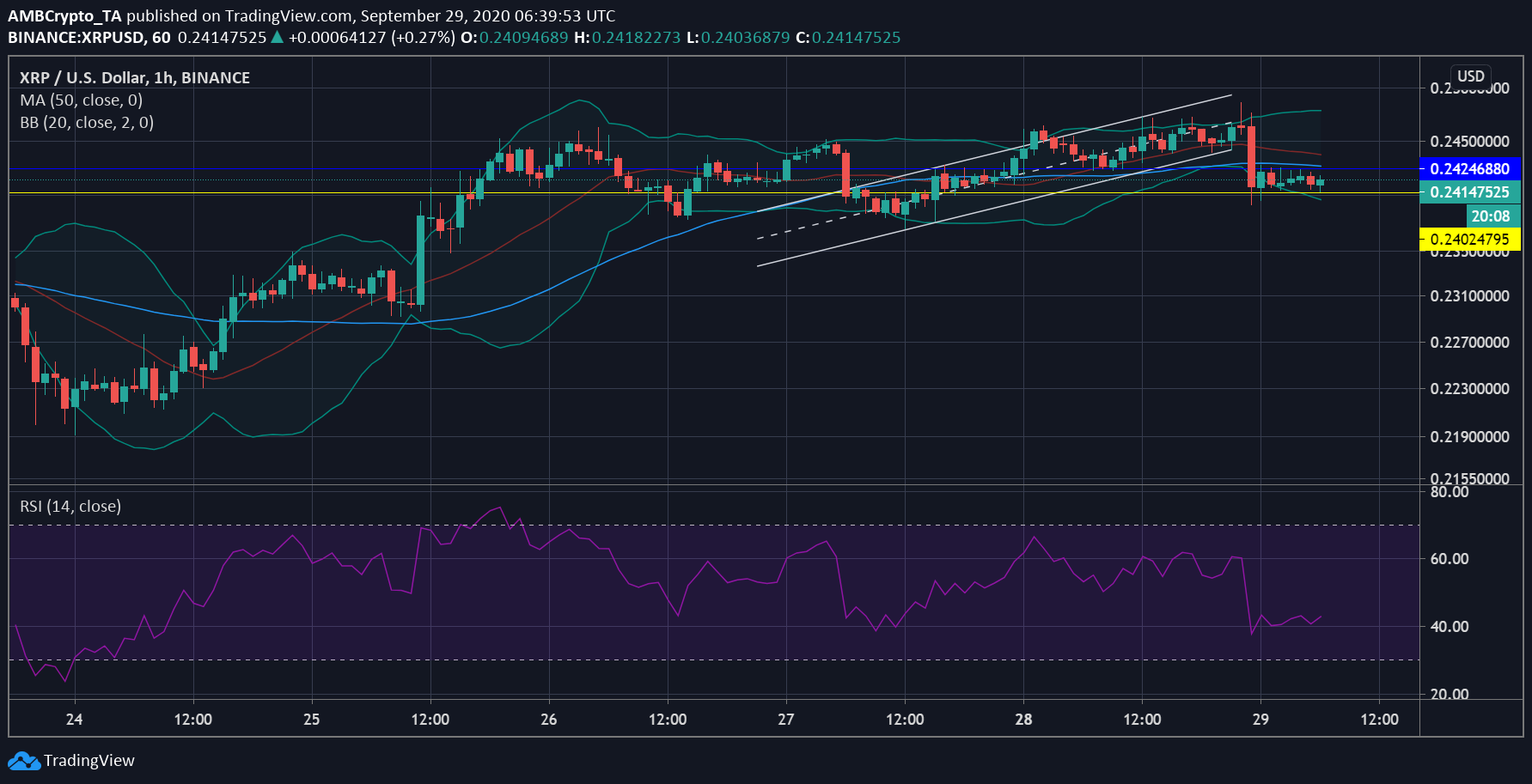 A price swing can be witnessed in the short-term as the market has opened up to large volatility represented by the divergence of the Bollinger Bands. However, the market sentiment was appearing bearish as the signal line remained above the price bars. Although the 50 moving average was at a crucial point of deciding the fate of the market, at press time.

This break in value came as the ascending channel broke down, and the value of XRP was pushed lower. The Relative Strength Index, however, re-adjusted to equilibrium given the correction. If the value of XRP was able to breach the $0.2440, the coin may witness an upward momentum and might be able to re-visit the local peak. However, the movement of the coin can be confirmed when the moving average picks a track.

Bitcoin Could See an Accelerated Decline to $9,500 if It Breaks One Key Level

Significant setbacks have recently been experienced by the crypto industry, but history has shown that this will not last long,...

Will The Next Meme Coin, Rocketize Token, Overpower The Market Competitors Like Ripple And Decentraland?

Crypto users are aware of the struggles the market has been facing for the last few years. In this era...

A closely followed crypto strategist is updating his stance on XRP and Litecoin (LTC) while warning Ethereum holders that ETH...