A mixed start to the day was seen in the altcoin market with a spike in selling pressure observed in most digital assets in the afternoon session followed by some good gains.

Tezos was seen consolidating in a symmetrical triangle pattern in the daily chart. While XRP and Algorand both were seen rising to their morning highs, thereafter dropping back to each of their supports.

Widening Bollinger bands were also indicating high levels of volatility since 4 October. After an almost 10% price since 4 October, the price momentum continued to be bullish.

MACD was also indicating an overall bullish scenario with the price trend for the cryptocurrency also on the uptrend over the last few days. The underlying asset, however, did lose momentum, as the bulls lost control at the $0.251 level.

A bearish reversal also remained a possibility that may see the prices diving down below the current support at $0.247. 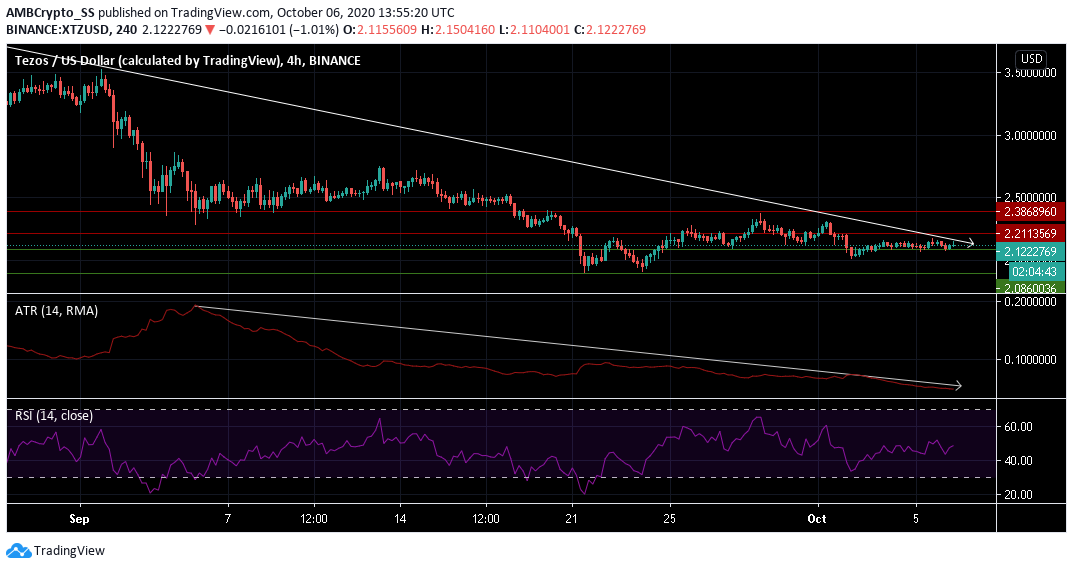 Steering clear of the first major support level at $ 2.08, Tezos price movement for the digital asset continued to be flat, as consolidation along the $ 2.08 level became more prominent over the last few trading sessions. The last traded price at the time of writing for Tezos was $ 2.122

Relative Strength Index (RSI) too was marked by mixed signals of both buying and selling pressures and was at the time of writing around the level of 51.

During the last one week, Tezos bulls tried to claim the immediate resistance level, but the downward selling pressure pushed the price, back to its current support level, and the prices may continue to consolidate here for the next few days.

In other news, Spruce Systems started working on a system to bring in decentralized identifiers (DID) as they launch this new update on the Tezos ecosystem. 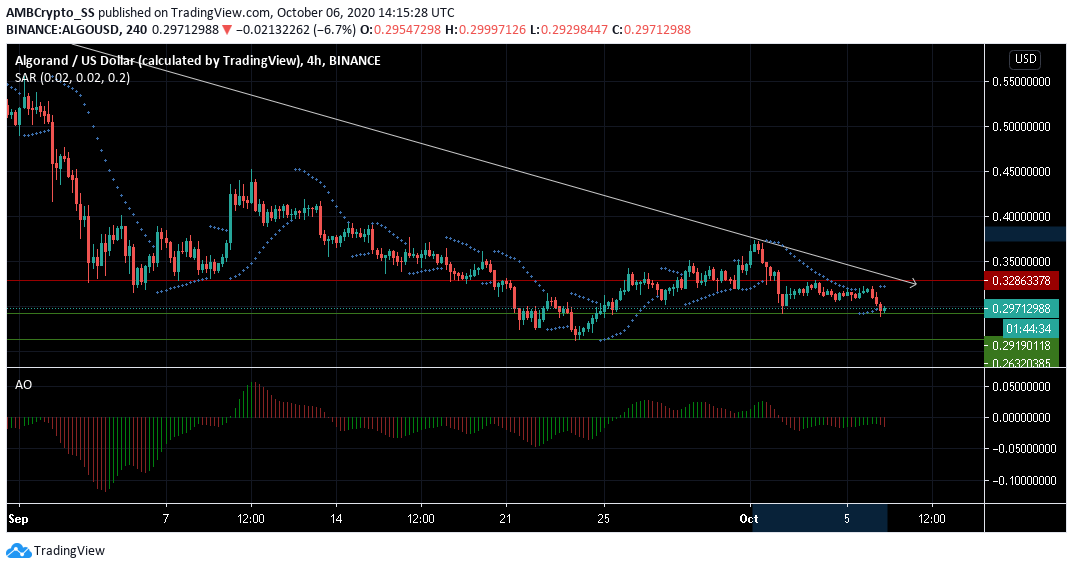 Algorand was trading at a price of $0.29, at press time. After a fall of nearly 20% from the $ 0.37 level, ALGO bears tried to maintain a downward pressure, pushing the prices towards the immediate support level of $ 0.29

Looking at some of the technical indicators, the Awesome oscillator readings confirmed a bearish market momentum. The dotted lines of Parabolic SAR above the candles were also signaling a southward price trend.

Bears continue to dominate the ALGO market, as with a retest of the current support level their strength could further be confirmed at the $0.29 level.

If the price goes further south, bearish momentum may be observed till the pivot level of $ 0.28 in the coming trading sessions.

The Top Universities for Blockchain

FCA bans the sale of crypto-derivatives to retail customers in the U.K.

FCA bans the sale of crypto-derivatives to retail customers in the U.K.