The S&P 500 Index dropped from 3420 to 3343, a 2.3% drop, in a matter of hours after tweets from the US President about the stimulus package negotiations’ setback. Despite arguments about an uncorrelated market, the crypto sphere still suffered losses across the board. XRP might retain some bullish momentum technically, although bearish sentiment might win in the short-term. Tron could drop further, while Maker might be able to defend support.

XRP had some bullish momentum as it surged to $0.26 from $0.23 just a couple of days ago, but bears held firm at $0.26. The RSI showed the flip from bearish to bullish momentum, to neutral at the time of writing.

It was likely that XRP found a region of support at $0.24, as it has in the past few weeks. However, the state of the rest of the market can pull XRP down beneath $0.23 in the coming days.

The heavy trading volume of the past couple of days highlighted the intense struggle between bears and bulls, with bears likely to win this skirmish.

Ripple Labs Executive Chairman Chris Larsen threatened to move out of the US due to hostile attitudes toward the cryptocurrency industry by the federal government. He made the comment in a virtual interview with Fortune at the LA Blockchain Summit. 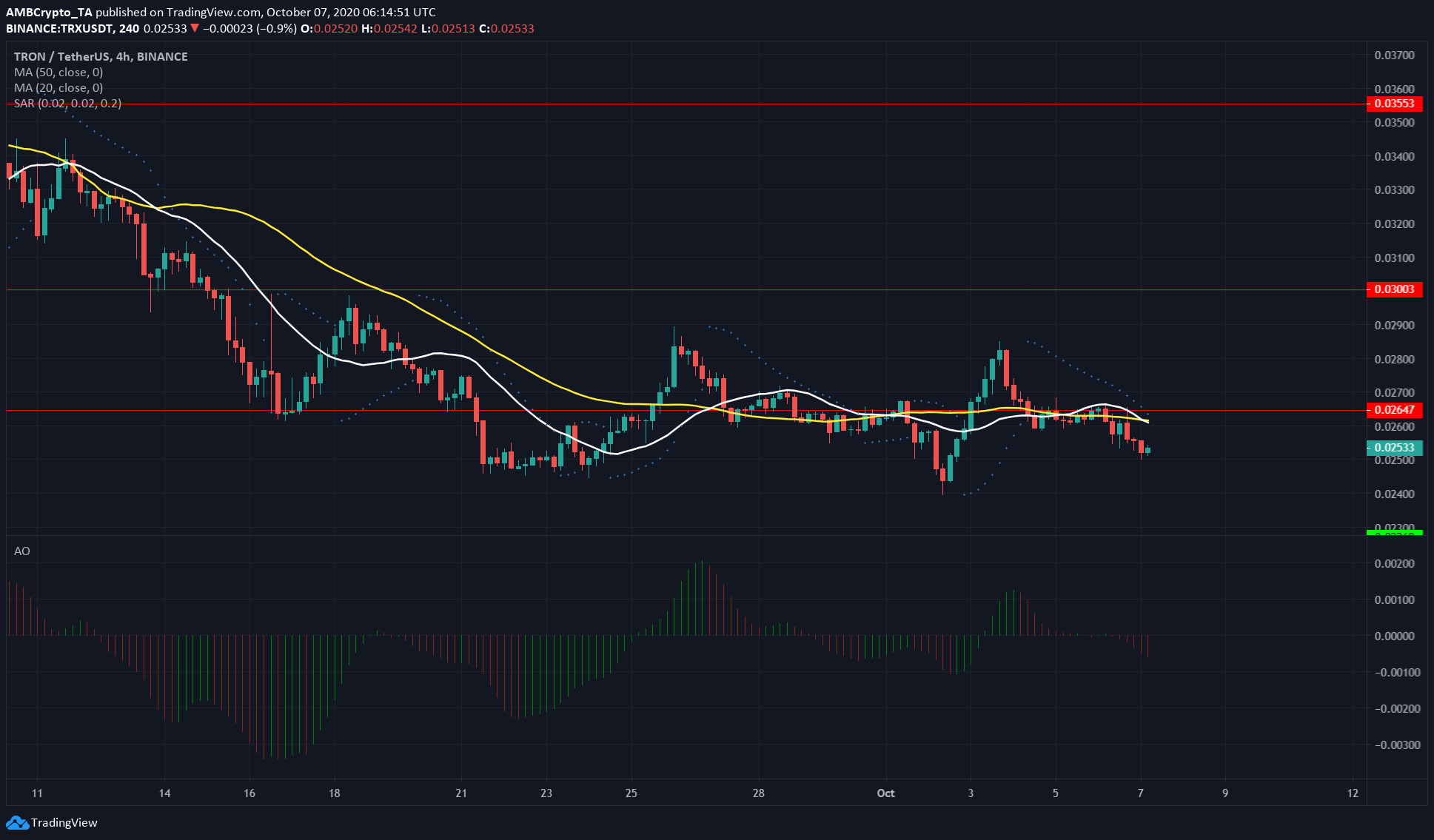 The 20 SMA (white) was moving beneath the 50 SMA (yellow), while the Parabolic SAR also gave a sell signal. Awesome Oscillator crossed over into bearish territory.

Parabolic SAR also showed that TRX had some downward momentum, as the indicator’s dots dropped swiftly alongside the price.

TRX has been forming lower highs since early September. The steady downtrend on the longer timeframe was likely to proceed apace in the shorter timeframe, with the next region of support for the asset at $0.0226, and $0.0247 was also likely to offer support. 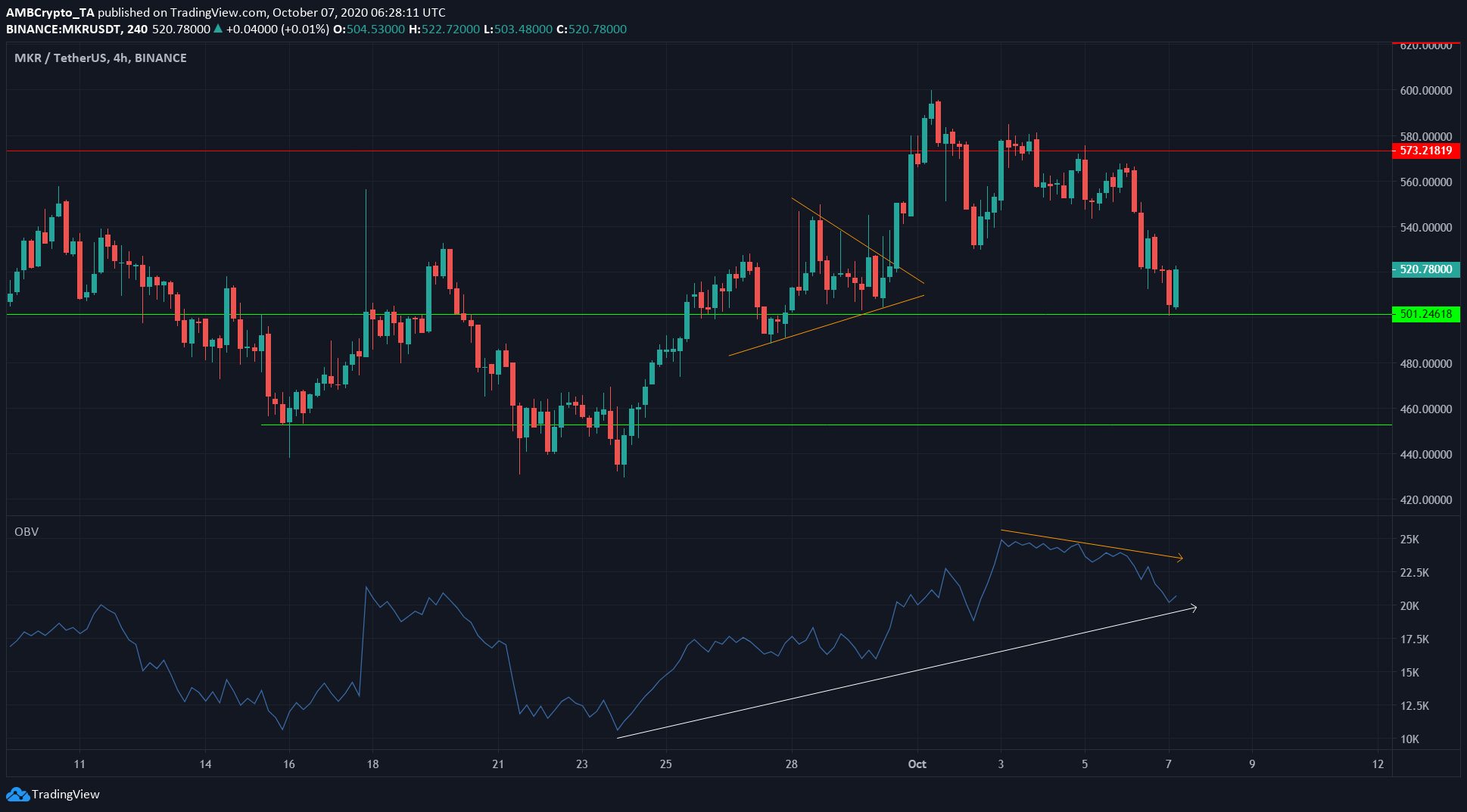 MKR had formed a symmetrical triangle (orange), a continuation pattern, the previous week, and surged to test resistance at $580 but was rejected on two separate attempts to flip the level.

At press time, MKR had been forced toward support at $500 on the back of a wave of bearish momentum across most of the market and was trading at $518.

Yet, highlighted by the OBV in orange, the selling volume has been far outstripped by the buying volume, shown by the rising white trendline.

This indicated that the dip to support at $500 was a temporary setback for the asset, and it could bounce and even test resistance if buyers continued to impose themselves. However, it all depends on a successful defense of the $500 level.

Stellar (XLM) Leaves XRP in the Dust with Latest Rally; Will It Last?